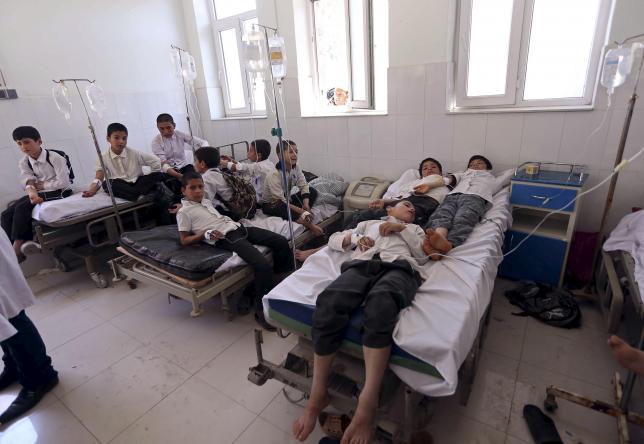 KABUL – Authorities in western Afghanistan are investigating whether 100 schoolboys who were hospitalised on Saturday were poisoned, police said, a day after five aid workers kidnapped by the Taliban were found dead. The boys, ages 10 to 14, fell sick after they ate beans from a vendor outside the school who told them the meal would help them pass their examinations in the western city of Herat, according to Abdul Jabar Rozi, Herat's police chief. The vendor was arrested later on Saturday and an investigation launched into whether the food was deliberately tainted, he said. "Enemies might be behind this," Rozi added. Taliban insurgents have poisoned Afghan police and army soldiers as part of their fight to topple the U.S.-backed government, but periodic reports of poison attacks on schools have mostly turned out to be the result of accidental food poisoning or mass hysteria. The bodies of five Afghan aid workers working for Save the Children were found on Friday, 39 days after their abduction by the Taliban in the central province of Uruzgan, a spokesman for provincial governor Dost Mohammad Nayab said. "The Taliban had demanded the release of five of their people in exchange but the central governor did not let them free. So they shot these people and we found their dead bodies from Chanarto district on Friday,” Nayab said. –Reuters