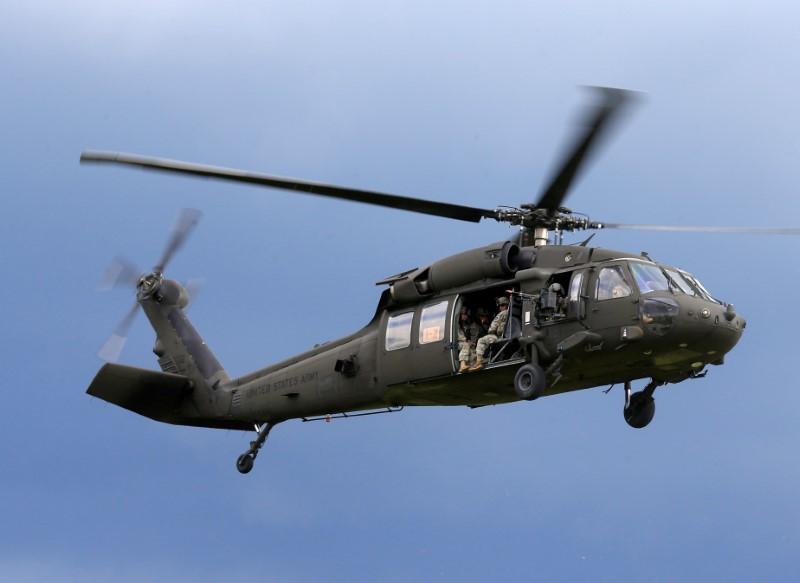 KABUL (Reuters) - An army helicopter crashed in southwestern Afghanistan on Wednesday, killing 25 people on board, including a top commander and the head of the provincial council key in fighting off a Taliban attack in May, officials said. Taliban insurgents fighting the Western-backed government said they shot it down. Two army helicopters were on their way from Farah province to neighboring Herat when one lost control in low visibility and crashed into a mountain, Naser Mehri, a spokesman for the provincial governor, told Reuters. Among the passengers were Nematullah Khalil, deputy army corps commander for the western region, and Farid Bakhtawar, the outspoken head of Farah’s provincial council. The other victims, apart from the crew, were soldiers and council members, Mehri said. Bakhtawar was a major figure in battling the Taliban in the battle for the city of Farah which the militants besieged and threatened to take over in May. The Taliban are seeking to remove the government and reimpose strict Islamic law after their ouster by U.S.-led forces in 2001. A suicide bomber blew himself up near the gate of Afghanistan’s largest prison on Wednesday, killing at least six people, officials said, but there was no immediate claim of responsibility. The sprawling Pul-e-Charkhi prison in Kabul houses hundreds of inmates, including scores of Taliban. Interior ministry spokesman Najib Danish said the attacker detonated his explosive near a vehicle carrying prison employees. Six people died near the gate of the prison on the eastern outskirts of the city and eight were wounded, another government official said. “The attacker walked towards a vehicle that was parked at a gate for security clearance. He blew himself up before the vehicle could enter the prison premises,” the official said. An Afghan news website said women security officials were in the vehicle at the time of the attack.