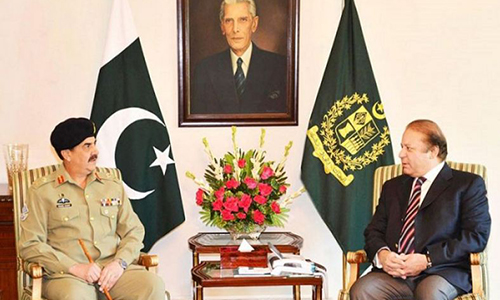 According to the ISPR, the meeting also reviewed networks and links of terrorists. It also discussed anti-state activities of foreign agencies and matters pertaining to Pak-Afghan border management.

COAS General Raheel Sharif said that terrorists had received financial help from inside and outside of the country.

He said that the Operation Zarb-e-Azb and intelligence-based operations are permanent solution to establish peace in the country.