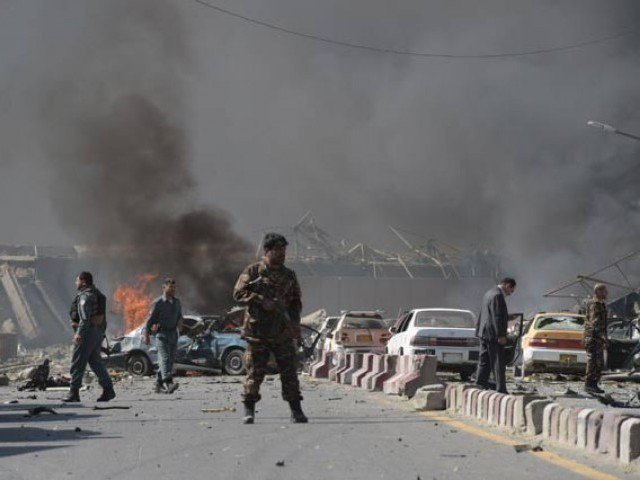 KABUL (Reuters) - A suicide bomber detonated explosives near Afghanistan’s election commission headquarters in Kabul on Monday, injuring at least six people, officials said. At least four officials of the Independent Election Commission (IEC) and two policemen were wounded in the attack, said Najib Danish, a spokesman for the interior ministry in Kabul. The attack came as officials at the IEC have begun counting votes after much-delayed parliamentary polls in 33 of Afghanistan’s 34 provinces were completed last week. “The suicide bomber blew himself up next to a car of an IEC staff member that was parked near a police checkpoint,” said an IEC official. It was not clear how many people were present at the time of the attack around the election commission’s sprawling compound located near an arterial road in Kabul.