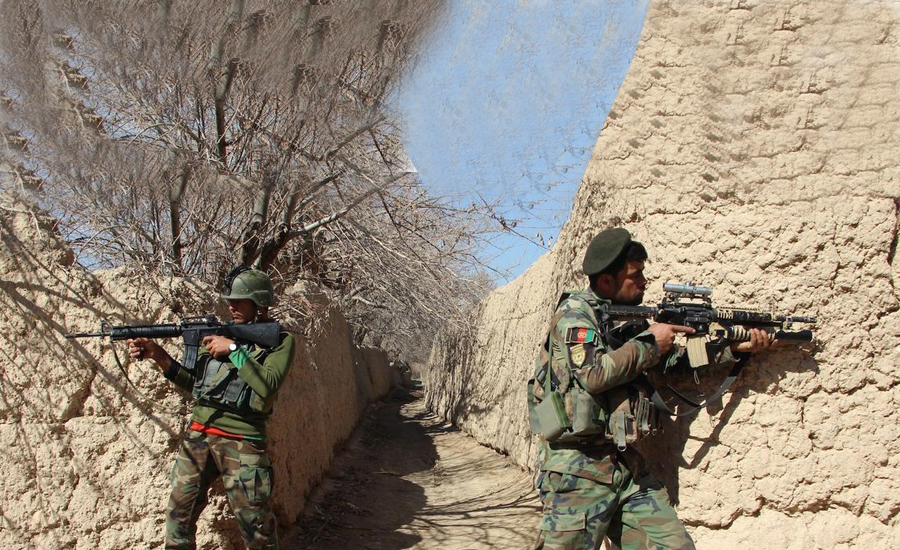 LASHKAR GAH (Reuters) - Last week, the Afghan air force dropped its first laser-guided missile on a Taliban compound in Farah, the western Afghan province that has seen increasing fighting since the beginning of the year. The strike was an important milestone for the air force that underlined the growing importance of Farah, where hundreds of Taliban fighters have appeared since US-backed Afghan forces stepped up operations in neighbouring Helmand province. Over the past month, Taliban fighters have delivered a series of blows to government forces, helped, according to officials in the area, by neighbouring Iran, which shares a long, porous border with the province. In one recent week, 180 soldiers and police were killed and hundreds wounded, according to a senior security official, who spoke on condition of anonymity. He said weekly death tolls for security forces in the province could reach as high as 250. The provincial governor stepped down in January blaming political interference and civilians say the situation has become worse. “We don’t know the reason for the escalation of violence but I can say people are very scared and people in the city haven’t slept in peace for months because of the fighting,” said Abdullah, a shopkeeper in Farah city who said he now struggles to pay the rent on his shop. “There are many people in the same situation. Thousands of young people are jobless, they either join the Taliban or cross the border to Iran to find a living.” The problem underlines broader challenges facing the Kabul government and its US allies, which last year announced a strategy to force the Taliban to the negotiating table through a mix of air strikes and stepped-up assistance to Afghan forces. This month, Afghan forces, backed by US air power and close assistance from US advisers, began a fresh operation dubbed Maiwand 12, to hit the Taliban in the insurgency hotspots of Marjah and Nad Ali districts of Helmand province. As operations have increased in Helmand, Western officials acknowledge that the pressure has pushed militants to Farah. ‘LOWERING OF AMBITION’ But they say the insurgent focus on areas far from former battlegrounds where they had threatened the government show the problems they are facing. “Taliban offensives in these remote areas represent a significant lowering of ambition after their failure to take any provincial capitals in 2017,” US Navy Captain Tom Gresback, spokesman for the NATO-led Resolute Support coalition, said in an emailed statement. US aircraft recently began bombing “drug factories” in opium-rich Helmand, but local leaders and officials in Kabul say the Taliban will fight hard to avoid losing control of smuggling routes, which bring in millions of dollars for the insurgency. “There are hundreds of fighters who move back and forth between Farah and Helmand,” the Afghan security official said. “There is a route for smuggling opium and heroin from Helmand to Farah and finally Iran and the Taliban and the smugglers will always fight to protect. It is tens of millions of dollars.” The US ambassador to Afghanistan, Robert Bass, told the BBC this month that Iran was providing logistical support to the Taliban, an accusation rejected by Tehran. Iran has always denied interfering in Afghanistan but Afghan officials say it has multiple interests as well as its general hostility to the United States. They say it fears dams in Farah could slow the flow of water into Iran and has suspicions about a planned Turkmenistan–Afghanistan–Pakistan–India (TAPI) gas pipeline. “There is only one reason behind this: Iran’s interference which provides the insurgents weapons and tries to hamper the TAPI project,” said provincial council member Dadullah Qaneh.