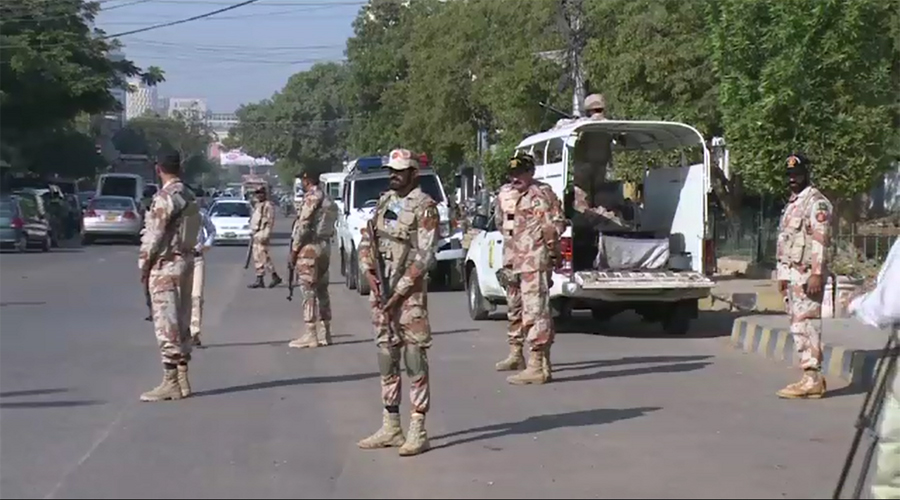 KARACHI (92 News) – Sindh Rangers have on Sunday apprehended five criminals including four Afghan nationals during a raid conducted in different areas of Karachi on Sunday. According to spokesman, Rangers carried out raids in Karachi’s Shah Faisal, Sohrab Goth and Korangi and arrested five criminals including four Afghan nationals. The paramilitary force have also recovered weapons, rounds and mobiles phones. The spokesman said that three suspects were detained during snap checking in Korangi.