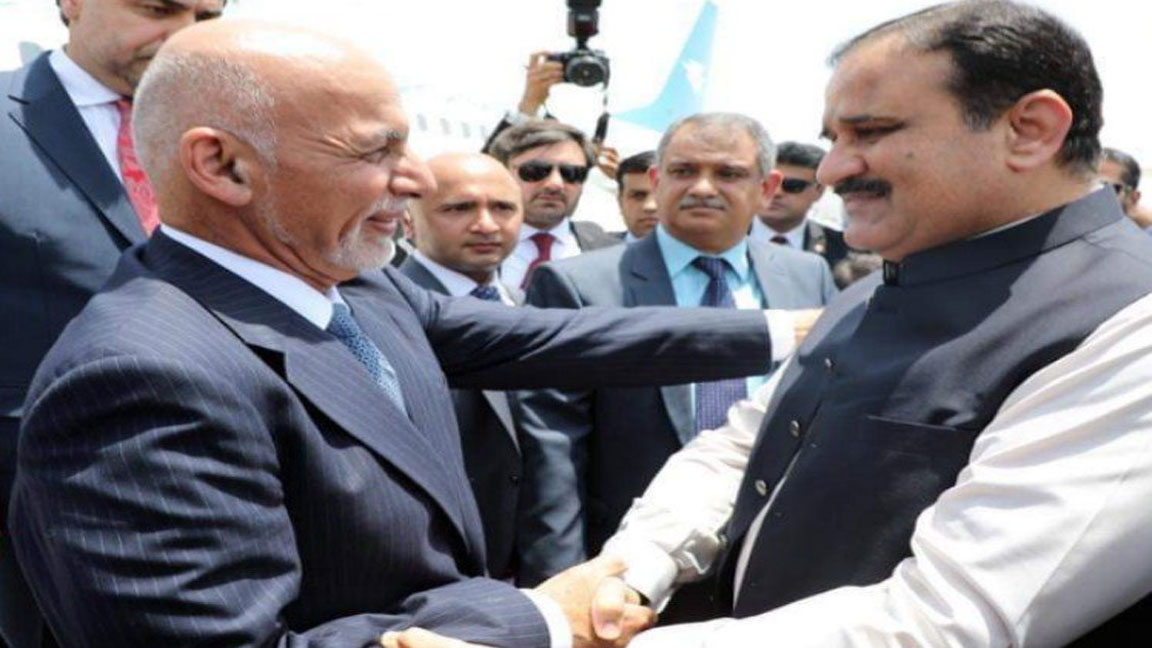 On this occasion, children presented bouquets to Ashraf Ghani.  He was taken to the Governor’s House in tight security measures where he would hold one-on-one meetings with Punjab governor and chief minister. Ashraf Ghani will also hold a meeting with leading traders and entrepreneurs. He will also discuss bilateral relation and mutual interest matters with the Punjab chief minister. He will participate in a business forum attended by business representatives from both the countries. Afghan President will also visit Badshahi Mosque and Shahi Qila. He will leave for Kabul at 7am.

However, the Interior Ministry has issued notification to authorities of Allama Iqbal international airport regarding orders of protocol for Afghan President. It is worth mentioning here that Ghani’s two-day official visit is seen as part of the latest push to not only sort out differences with Pakistan on bilateral issues but also give new era to peace efforts.

This is the first visit of Afghan president to Pakistan in over three-and-half-years and comes at a time when peace talks between the US and Afghan Taliban are believed to have entered a critical phase. A day earlier, Prime Minister Imran Khan and Afghan President Ashraf Ghani held a one-on-one meeting at PM House. Both leaders discussed matters of mutual interest, including bilateral relations and Afghan peace process.

Talking to the media after the meeting, Special Assistant to Prime Minister Firdous Ashiq Awan said that both countries want to promote peace and stability. “Pakistan and Afghanistan will have to make progress jointly. The Afghan media broadcasts a few things on the behalf of India,” she maintained. President Ghani arrived in Pakistan on Thursday morning for a two-day visit on the invitation of PM Imran. Adviser to the Prime Minister on Commerce, Textiles, Industries Production and Investment Abdul Razak Dawood received him at Nur Khan airbase.