NEW YORK (92 News) – Foreign Minister Shah Mahmood Qureshi has said that the Afghan situation is a test for the international community.

Talking to the media on Thursday, he said that a new situation has emerged in Afghanistan, which has to be understood.

Meanwhile, Foreign Minister Shah Mahmood Qureshi called on leaders from different countries and presented them the dossier against India, exposing the real face of India. 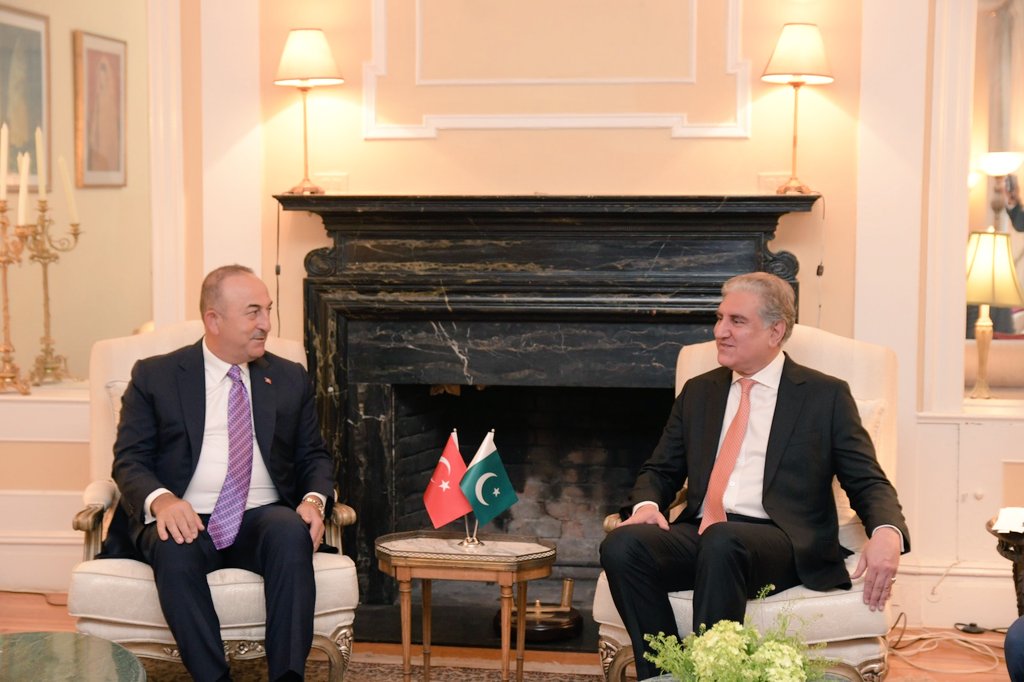 He also met his counterparts from Turkey and Saudi Arabia on the sidelines of the United Nations General Assembly (UNGA). "We discussed the situation in Afghanistan, mutual support in the fight against terrorism, rising Islamophobia, the Jammu & Kashmir dispute, regional security and bilateral defense cooperation," the Qureshi told on Twitter.