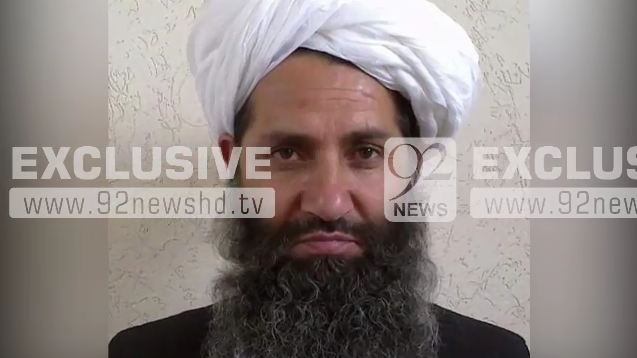 KABUL (92 News) – The Afghan Taliban have on Wednesday announced a new leader to replace Mullah Akhtar Mansour who was killed in a US drone strike. In a statement, the Taliban acknowledged Mullah Akhtar Mansour's death for the first time and named his successor as Moulvi Haibatullah Akhundzada. Haibatullah is a former head of the Taliban's judiciary and was deputy to Mansour. Mawlawi Haibatullah Akhundzada, a religious scholar and former head of the Taliban courts, was one of the Afghan Taliban's deputy leaders. "Haibatullah Akhundzada has been appointed as the new leader of the Islamic Emirate (Taliban) after a unanimous agreement in the shura (supreme council), and all the members of shura pledged allegiance to him," the Taliban said in a statement. Sirajuddin Haqqani, head of a network blamed for many high-profile bombs attacks in Kabul in recent years, and Mullah Mohammad Yaqoob, son of former leader Mullah Mohammad Omar, will serve as deputies, Zabihullah Mujahid, the Taliban's main spokesman. Mansour was killed in a strike on his car in Pakistan's Balochistan province on Saturday. Mansour assumed the leadership in July 2015, replacing Taliban founder and spiritual head Mullah Mohammad Omar. Mawlawi Haibatullah Akhundzada was one of the Afghan Taliban's deputy leaders. In Wednesday's statement, the Taliban said Mullah Mohammad Yaqub, son of Mullah Omar, would become a joint deputy head of the movement, alongside current deputy leader Sirajuding Haqqani. Earlier, US spy agencies zeroed in on Mullah Akhtar Mansour while he was visiting his family in Iran, laying a trap for when the Taliban leader crossed the border back into Pakistan. While US surveillance drones don’t operate in the area, intercepted communications and other types of intelligence allowed the spy agencies to track their target as he crossed the frontier on Saturday, got into a white Toyota Corolla and made his way by road through Pakistan’s Balochistan province.