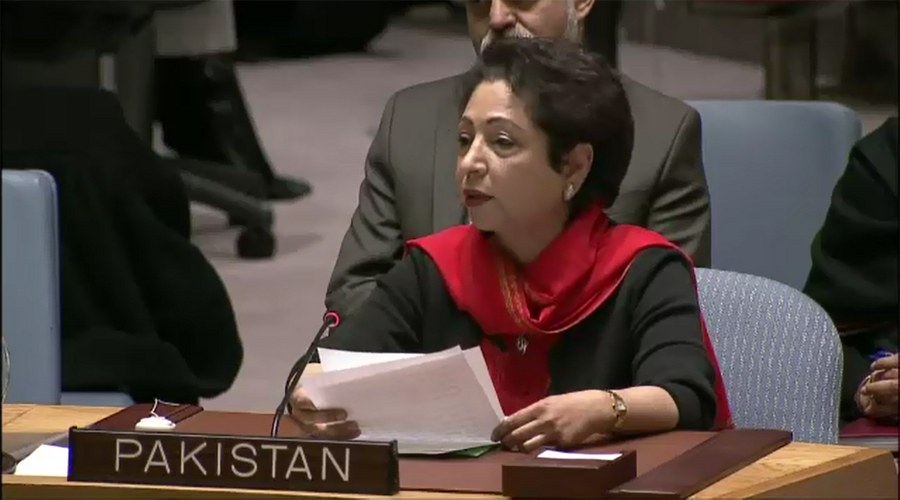 ISLAMABAD (92 News) – Pakistan's permanent representative to the United Nations Dr Maleeha Lodhi has called upon Afghanistan to ensure its territory is not used by anyone to foment terrorism in Pakistan. She was taking part in a debate on Afghanistan at the UN Security Council in New York. Maleeha Lodhi asked Afghan government to halt hurling baseless accusations on Pakistan. She said Pakistan has shown extreme forbearance in the face of unwarranted accusations and belligerent statements by Kabul regime. Maleeha Lodhi said the international community is unanimous in its view that peace in Afghanistan is achievable only through negotiated end to the war, as a military solution to the imbroglio is not possible.