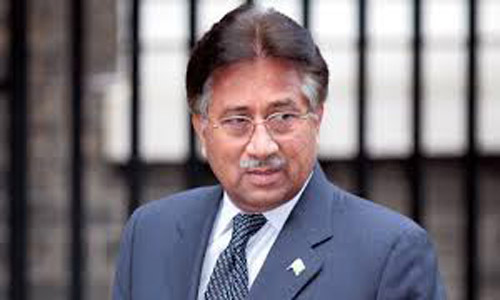 KARACHI (Web Desk) Former president Pervez Musharraf has said that Afghanistan must share power with the Afghan Taliban and block Indian influence if it wishes to see peace, reported 92 News. In an interview to Wall Street Journal, Musharraf said Afghan President Ashraf Ghani’s September inauguration presents a new opportunity for reconciliation between Kabul and the Taliban and related insurgent groups. “Ashraf Ghani is a balanced man,” he said. “I think he’s a great hope. And Pakistan and India both must stay away, and not to have this kind of a proxy war going on there.” Musharraf also admitted that India and Pakistan had been engaged in a proxy war on Afghan soil that fed the conflict, but said Islamabad’s role in nurturing the Taliban and allied militant groups operating in Afghanistan were a legitimate counterweight against India. “There are enemies of Pakistan that have to be countered,” Musharraf said. “Certainly if there’s an enemy of mine, I will use somebody to counter him. The world must realize that we may not like the face of Mullah Omar…but that is how life is, that is what Afghanistan is.” Musharraf said: “We have to get the Pashtuns on board. If there are Taliban who are for peace and they want to join President Ashraf Ghani in sharing power and having a system which is workable in Afghanistan, by all means they should be included.”