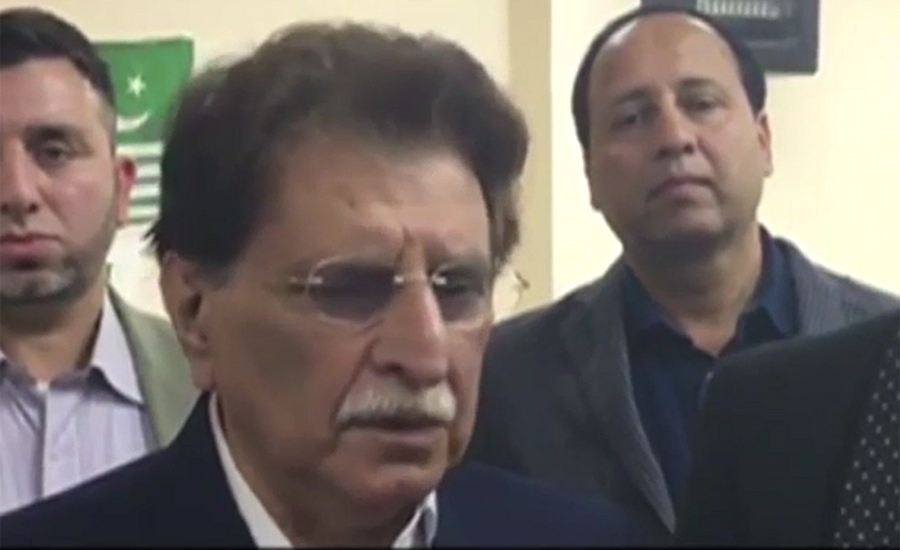 LONDON (92 News) – Azad Kashmir Prime Minister Raja Farooq Haider has said that Shahid Afridi's controversial statement about Occupied Kashmir reflects his desire to play the Indian Premier League (IPL). Talking to the media, he said: "Kashmir is a sensitive issue, Afridi should not play with sentiments of people of Kashmir. We will not compromise on Kashmir's independence. To us Kashmir is a matter life and death. Sports persons should not give such statements." The AK prime minister said that the international community should take note of the report of British Parliament’s Group on Indian aggression in Occupied Kashmir. He also thanked the British Parliament for highlighting the Indian atrocities against innocent Kashmiris. He demanded that the report should be discussed in the House of Commons so that the Kashmir issue should be highlighted at the international level. The meeting was told that the European Union will also hear the Indian atrocities in Kashmir. The participants said that the United Kingdom is a democratic country and it can play an important role in the resolution of the Kashmir dispute. Opposition Leader in the Azad Kashmir Assembly Chaudhry Muhammad Yasin, Lord Nazir Ahmed and Lord Qurban were also present. Afridi faced back lash at home after he said: "Don't give Kashmir to Pakistan, don't give it to India either. Kashmir should belong to Kashmiris, Kashmir is not even an issue. The world has made it an issue.” The Indian media highlighted the statement from the former flamboyant all-rounder prompting Afridi to clarify that he remarks were misconstrued by the Indian media. To make things clear he said on Twitter: "My comments are being misconstrued by Indian media. I am passionate about my country and greatly value the struggles of Kashmiris. Humanity must prevail and they should get their rights." He said: "My clip is incomplete and out of context as what I said before that is missing. Kashmir is unresolved dispute and under brutal Indian occupation. It must be resolved as per UN resolution. Myself along with every Pakistani support Kashmiri freedom struggle. Kashmir Belongs to Pakistan.”