After fight that split US, Kavanaugh wins place on Supreme Court 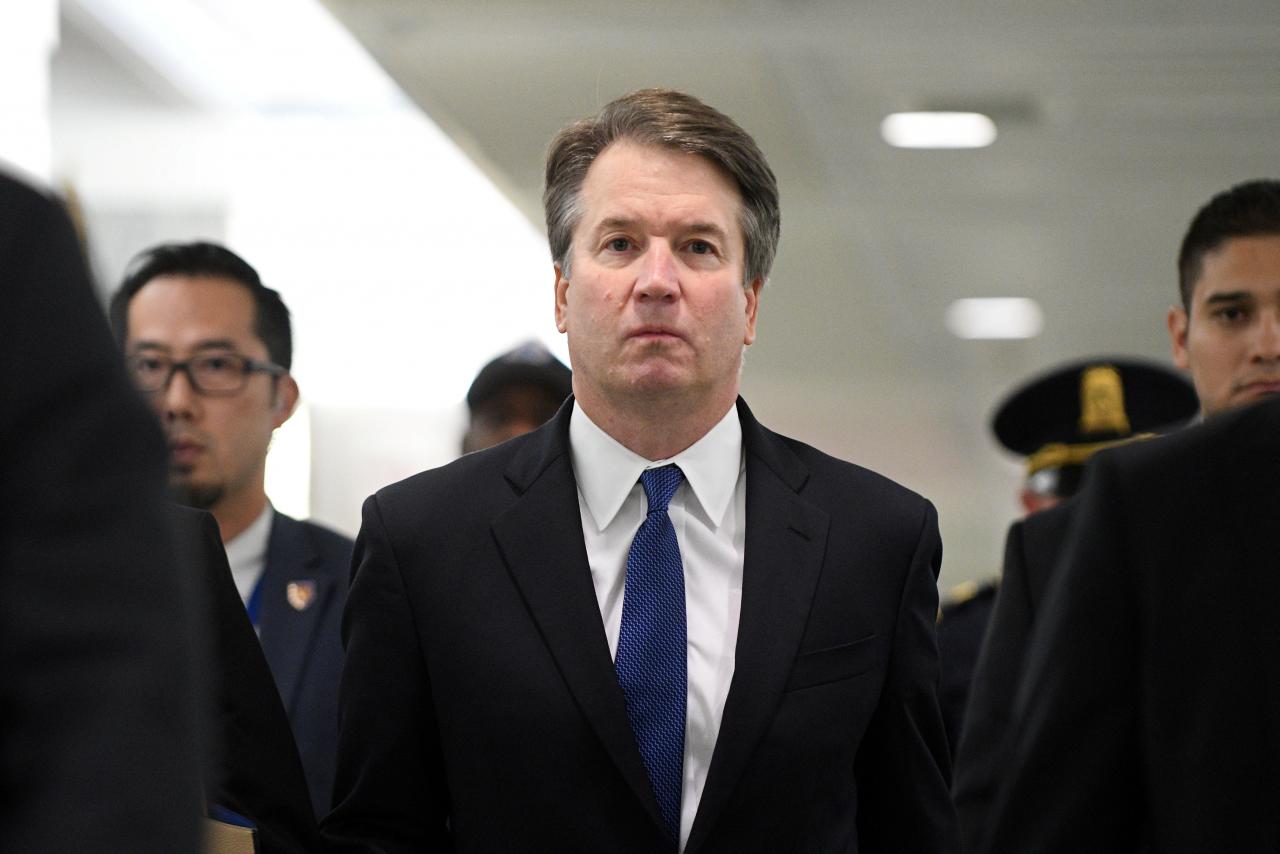 After fight that split US, Kavanaugh wins place on Supreme Court

WASHINGTON (Reuters) - The Republican-controlled US Senate confirmed Brett Kavanaugh to the Supreme Court, dismissing anger over accusations of misconduct against him and delivering a major victory to President Donald Trump who has now locked in a conservative majority on the court. By a vote of 50-48, the deeply-divided Senate gave the lifetime job to Kavanaugh, 53, after weeks of fierce debate over alcohol abuse and his angry response to the allegations that convulsed the nation just weeks before congressional elections on Nov. 6. Kavanaugh will help take the highest US court to the right, perhaps for many years, and his confirmation is a bitter blow to Democrats already chafing at Republican control of the White House and both chambers of the US Congress. Conservatives will now have a 5-4 majority in any future legal battles on contentious issues such as abortion rights, immigration, transgender rights, industry regulation, and presidential powers. Adding to a dramatic day on Capitol Hill, women protesters in the Senate gallery shouted “Shame on you!” and briefly interrupted the vote. Another group of protesters stormed toward the doors of the nearby Supreme Court building with raised fists. Police stood guard at the doors. Kavanaugh was sworn in by Chief Justice John Roberts shortly after the vote. Kavanaugh’s nomination blew up into a personal and political drama when university professor Christine Blasey Ford accused him of assaulting her in the upstairs bedroom of a home in a wealthy suburb of Washington in 1982. Two other women accused him in the media of misconduct in the 1980s. Kavanaugh fought back against the accusations, denying them in angry and tearful testimony before the Senate Judiciary Committee that was viewed live on television by around 20 million people. Trump, who called Kavanaugh to congratulate him said he was “100 percent” certain that Ford named the wrong person in accusing the judge. Speaking to reporters aboard Air Force One while flying to a campaign rally in Kansas, Trump said of Kavanaugh: “We’re very honoured that he was able to withstand this horrible, horrible attack by the Democrats.” Michael Bromwich, a lawyer for Ford, said in a tweet that Kavanaugh’s confirmation capped, “A week that will live in infamy for the US Senate, permanently diminishing its stature.” A few Republican senators who had wavered over whether to vote for Kavanaugh finally backed him this week, saying they did so in part because a brief FBI investigation found no corroborating evidence of Ford’s accusations. Democrats said the FBI probe was nowhere near wide enough. Trump watched the vote on a large-screen television tuned to Fox News in a wood-paneled cabin on the plane. He flashed two thumbs up when the final vote was declared and aides on board applauded. The Senate confirmation allows him to hit the campaign trail ahead of the congressional elections saying that he has kept his 2016 promise to mould a more conservative American judiciary. At a political rally in Mississippi on Tuesday, Trump mocked Ford’s account of what she says was a drunken attack on her by Kavanaugh when they were teenagers. For weeks, senators from both parties decried the harsh and often emotional rhetoric in the clash over Kavanaugh, a federal appeals court judge with a history of advancing Republican causes. But Senate Majority Leader Mitch McConnell, a Republican, dismissed the prospect of lingering bitterness among senators. “These things always blow over,” he told a news conference.

Hundreds of protesters against Kavanaugh gathered on the grounds of the Capitol and at the Supreme Court. A total of 164 people were arrested in the protests, US Capitol Police said. Residents of a townhouse near the Washington home of Senator Susan Collins, a moderate Republican whose backing helped get Kavanaugh over the line , flew the flag of the lawmaker’s home state Maine upside down in protest. Accusations against Kavanaugh energized the #MeToo social media movement that emerged after high-profile accusations of assault and harassment by men in politics, the media and the entertainment industry. Democrats said Kavanaugh’s partisan defence of himself, in which he said he was victim of a “political hit,” was enough itself to disqualify him from the court. The dispute over Kavanaugh has added fuel to campaigning for the elections in November when Democrats will try to take control of Congress from the Republicans. Several polls show that Republican enthusiasm about voting, which had lagged behind, jumped after the Kavanaugh hearing last week. McConnell told Reuters that the political brawl over Kavanaugh will help Republicans at the ballot box. “Nothing unifies Republicans like a court fight,” McConnell said in an interview ahead of the vote. “It’s been a seminal event leading into the fall election.” But Democrats hope women angered at the Kavanaugh accusations will turn out in large numbers to reject Republicans. During Saturday’s vote, senators were showered with cries of “We will not forget,” and “Survivors vote” from protesters in the Senate gallery. Democrats must gain at least two Senate seats and 23 House seats at the elections to claim majorities in each chamber, enabling them to block Trump’s agenda and investigate his administration. The Democrats are seen as having more chance of winning control of the House of Representatives than the Senate. Senator Dianne Feinstein, the senior Democrat on the Senate Judiciary Committee, said on Twitter: “Confirming Brett Kavanaugh in the face of credible allegations of assault that were not thoroughly investigated, and his belligerent, partisan performance...undermines the legitimacy of the Supreme Court.” Kavanaugh succeeds retired Justice Anthony Kennedy, who was often the decisive swing vote on social issues. The showdown over Kavanaugh had echoes of current Supreme Court Justice Clarence Thomas’ contentious confirmation hearings in 1991 involving harassment allegations lodged against him by a law professor named Anita Hill.