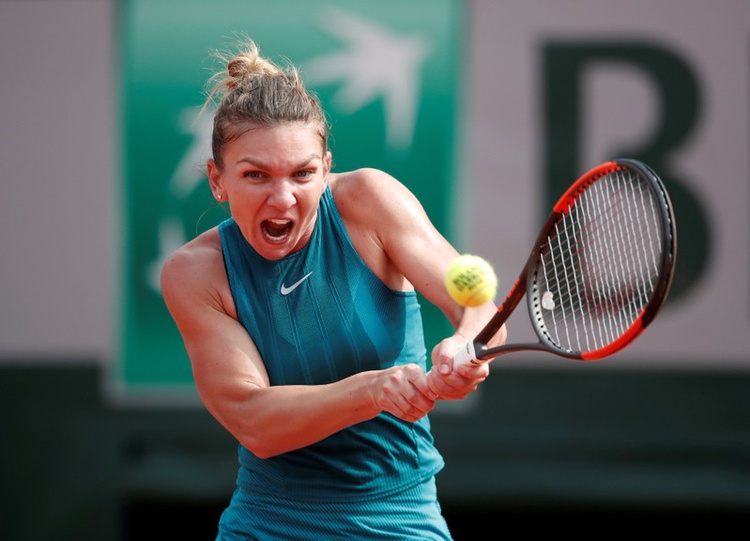 LONDON (Reuters) - As if a suffocating weight has been lifted from her shoulders, new grand slam champion Simona Halep reckons she feels free to target her next great ambition , winning an Olympic medal for Romania. The world number one cut a rare study in contentment at Wimbledon  as she talked of how her recent triumph at the French Open, after having three times suffered the agony of losing a slam final, had given her a real sense of release. “Well, the pressure is off. The dream came true. So I don’t stress myself any more with that grand slam thing,” beamed the 26-year-old, who no longer has to fret about the tag “best player never to have won a major”. “I was dreaming for this. I did it. Now I have already set another goal,” she told reporters. “The new goal? Actually it’s about the Olympics. I would love to have an Olympic medal, so my focus is on that.” Having become the first Romanian in 40 years since her manager, Virginia Ruzici, to win a grand slam title, also at the French Open, Halep would also be the first from her country to strike gold at the Olympics if she could triumph in Tokyo 2020. For the moment, though, it almost seems impossible that Romania’s biggest sports superstar since their dazzling footballer Gheorghe Hagi could actually become any more popular back home. More than 20,000 fans turned out at Bucharest’s National Arena for a special homecoming celebration after Halep’s Roland Garros success. “It was one of my best moments,” she said. “I had tears in my eyes, actually, receiving the love from the people ... It’s a little bit crazy in my country, but I enjoy it, I try to manage it as good as possible.” Halep dismissed the idea that the pressure on her might actually increase as expectations soar. “I don’t believe that,” she said. “Before was huge pressure and everyone was talking that I’m not able to win a grand slam because I am weak mentally. But now I did it.” One of the game’s most popular women’s winners in recent memory, Halep smiled to think that although she had found a new inner contentment, nothing else in her life had altered too much since Paris.

“Life is the same. Everybody’s the same. I am the same. I have to start again to play tournaments. I’m here ready to go ahead. I’m really looking forward to start it,” she explained. Her preparations for her first-round match on Tuesday against Japan’s Kurumi Nara have hardly been ideal, though. She was so drained after her Paris triumph, she took 10 days off completely and pulled out of the Eastbourne grasscourt tournament to protect a sore Achilles’ tendon, but she swears by the quality of her grasscourt practice sessions here with former Wimbledon champion Lleyton Hewitt. “Gives you confidence. Gives you the feeling that, if you are on court with these grand slam champions, you deserve. You are, like, with them there,” she enthused. Indeed, Halep remains on such a high that the No.1 seed, who reached the semi-finals at Wimbledon in 2014, could be carried a long way once again. “I don’t know how it’s going to be, this tournament,” she shrugged. “I smile a lot. I feel happy. I’m happy to be back on court.”