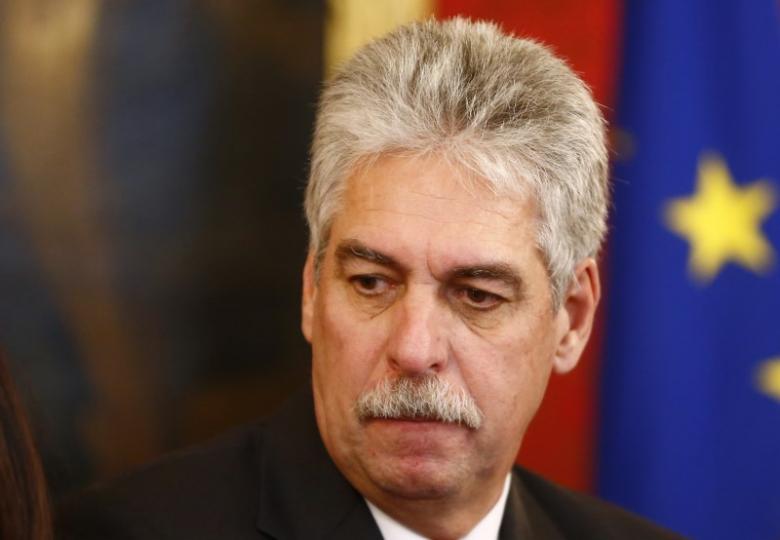 VIENNA - Agreement on a European tax on financial transactions is within reach as more countries sign up for the plan and the new French government gives it a final review, Austrian Finance Minister Hans Joerg Schelling said on Sunday.

The proposed levy on share and derivative transactions between financial institutions, put forward by Germany and France in 2012, is seen as a political symbol as much as an effort to correct the excesses blamed for the world's worst financial crisis for decades.

"Basically it is done because I have commitments from two of the three countries -- Slovakia, Slovenia and Belgium -- that they take part," Schelling, who has the lead role in coordinating the plan, told Austrian broadcaster ORF.

He did not say which two had signed, giving the plan the required nine members to move forward.

The tax was originally proposed for the whole of the European Union but most of the 28 nations have pulled out and only 10 are still considering it, including Germany, France, Italy, Austria, Belgium, Greece, Portugal, Slovakia, Slovenia and Spain. The tax is already applied domestically in some EU countries.

New French Finance Minister Bruno Le Maire had asked for time to review the plan, Schelling said, while noting that France has traditionally been an active backer of the much-delayed plan to levy fees on trades.

The next step is for the European Commission to propose draft legislation and then for ministers to decide when the tax would take effect, he said.

His upbeat tone contrasts with comments last week by German Finance Minister Wolfgang Schaeuble, who said he did not expect much to be agreed soon on a financial transaction tax.

Schelling had said on Tuesday an EU-wide transaction tax could be accounted for in the European budget and be offset against other national contributions.

The current EU budget, totaling around 1 trillion euros, runs from 2014 till 2020. The EU is keen to consider alternative revenues, especially in view of Britain's planned departure from the union, one of the largest contributors to its budget. -Reuters