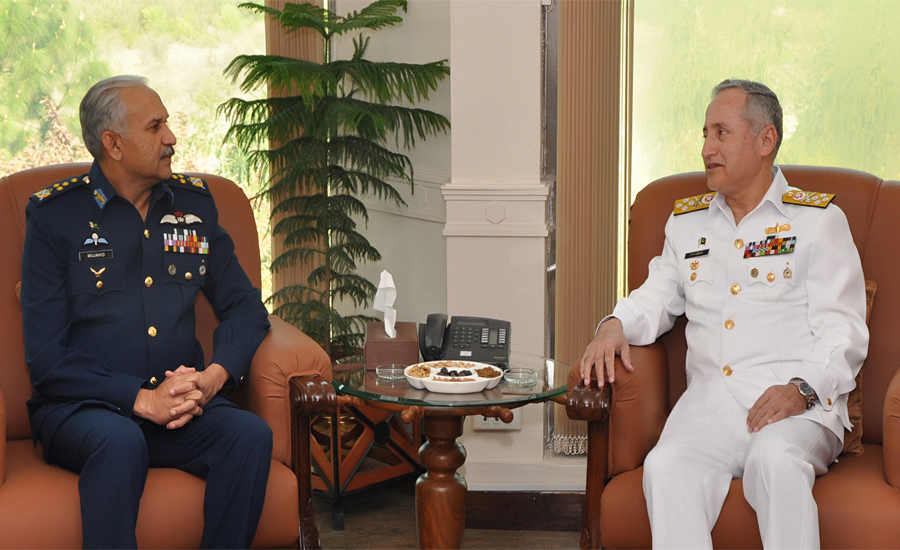 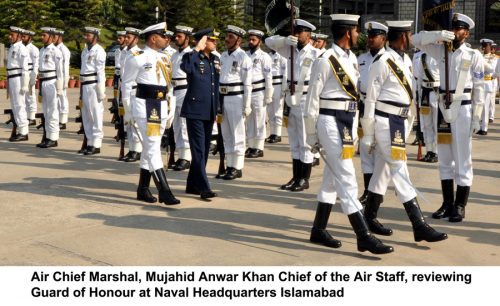 The Naval Chief expressed his confidence that Pakistan Air Force will further progress and attain greater heights under the talented command of Air Chief Marshal Mujahid Anwar Khan On the occasion, Air Chief Marshal assured Admiral Zafar Mahmood Abbasi of PAF’s full support and pledged to work together in making the defence of the country impregnable.