KARACHI (92 News) – Chief of the Air Staff Air Chief Marshal Mujahid Anwar Khan visited an operational airbase in Karachi on Monday. According to a press release, he also flew in an exercise training mission in a fighter aircraft. 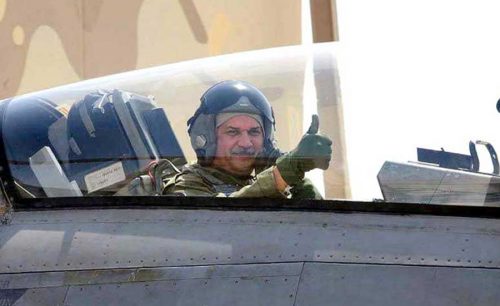 Later, he interacted with the combat crew and appreciated their high level of enthusiasm and thorough professionalism. Air Chief Marshal Mujahid Anwar Khan also showed satisfaction on the level of operational readiness of PAF personnel at the base.