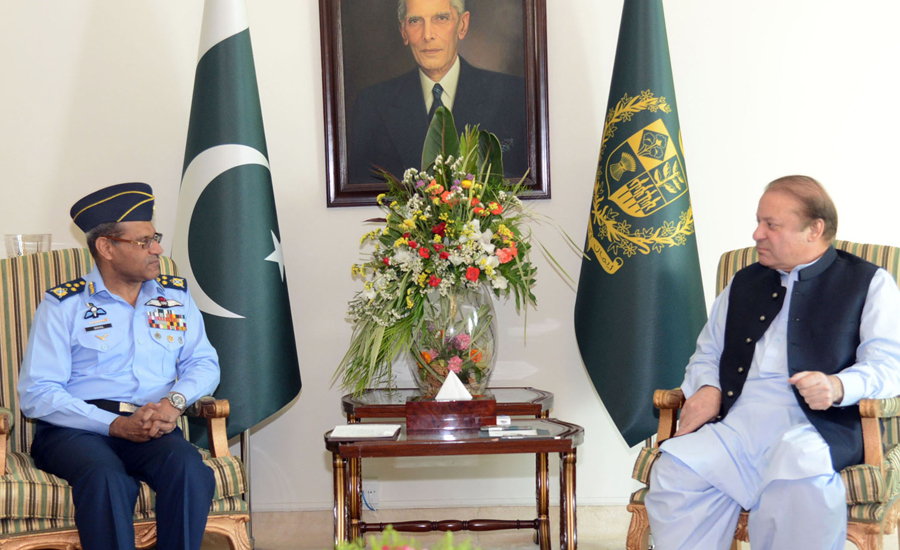 During the meeting, the Air Chief apprised the prime minister of the professional excellence and operational preparedness of Pakistan Air Force.

On the occasion, the Prime Minister Nawaz Sharif appreciated the role of Pakistan Air Force in safeguarding Pakistan’s air frontiers.

He also lauded PAF role in the ongoing counter terrorism operation in the country.