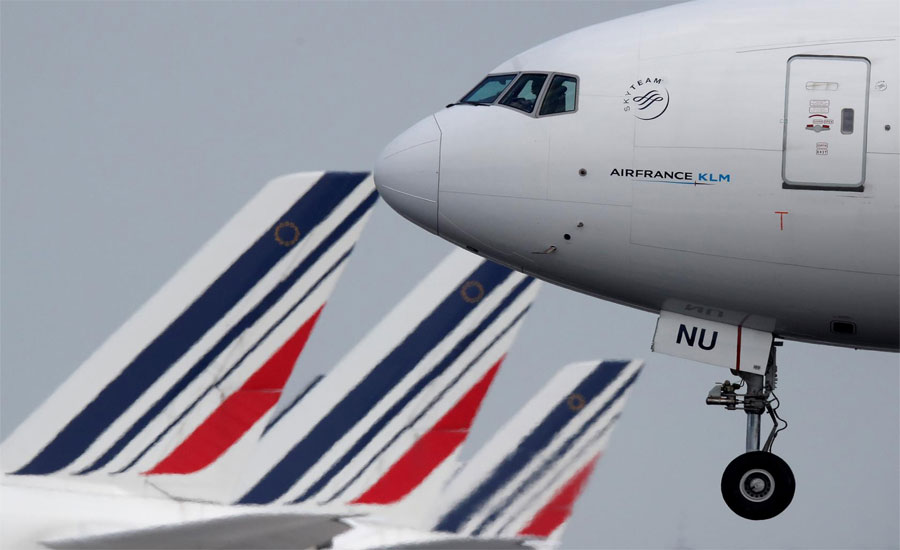 PARIS (Reuters) - Air France-KLM increased its operating profit in the second quarter, as rising fuel prices were countered by cost-cutting under the Franco-Dutch airline group’s new Chief Executive Ben Smith. Operating income rose 15.6% to 400 million euros (£367 million) on a 6.4% revenue increase to 7.05 billion, the company said on Wednesday. Unit costs fell 2.3%, while the fuel bill increased by 220 million euros. Improved sales and “execution in unit-cost reduction enabled us to more than offset rising fuel costs,” CEO Smith said in the company statement. A 6.1% increase in Air France-KLM traffic outpaced its 4.5% capacity expansion year-on-year. Smith, who joined the group last September from Air Canada, is seeking to boost efficiency through better coordination of the Air France and KLM networks and fleets while expanding services under the Transavia low-cost brand. In a sign of challenges ahead, Air France-KLM trimmed its Transavia capacity growth forecast for 2019 to 7-9% from 9-11%, citing pilot recruitment delays. The dominant Air France pilots’ union, SNPL, is expected to announce the results of a membership referendum on Smith’s Transavia expansion later on Wednesday. The group’s operating margin improved to 5.7% from 5.2%, largely reflecting the impact of Air France strikes a year earlier that led to the abrupt departure of Smith’s predecessor. Net income fell 27.3% to 80 million euros. Debt declined by 466 million euros over six months to 5.7 billion euros as of June 30. The fuel-cost impact reflected the expiry of hedging instruments that had benefited the group last year, Chief Financial Officer Frederic Gagey said. For the full year 2019, however, Air France-KLM trimmed the expected fuel bill increase to 550 million euros from a previously forecast 650 million. To improve fuel efficiency and costs, Air France-KLM said on Tuesday it will buy at least 60 Airbus A220s to replace ageing aircraft and retire all 10 A380 superjumbos from its 541-plane fleet earlier than planned, a decision that will incur about 400 million euros in future writedowns, the CFO said. Forward long-haul bookings for August-December are ahead of their level a year earlier, according to the group. Air France-KLM reiterated 2019 goals including a unit-cost progression between flat and a 1% decline before fuel - a benchmark surpassed by their 1.4% decline in the first half.