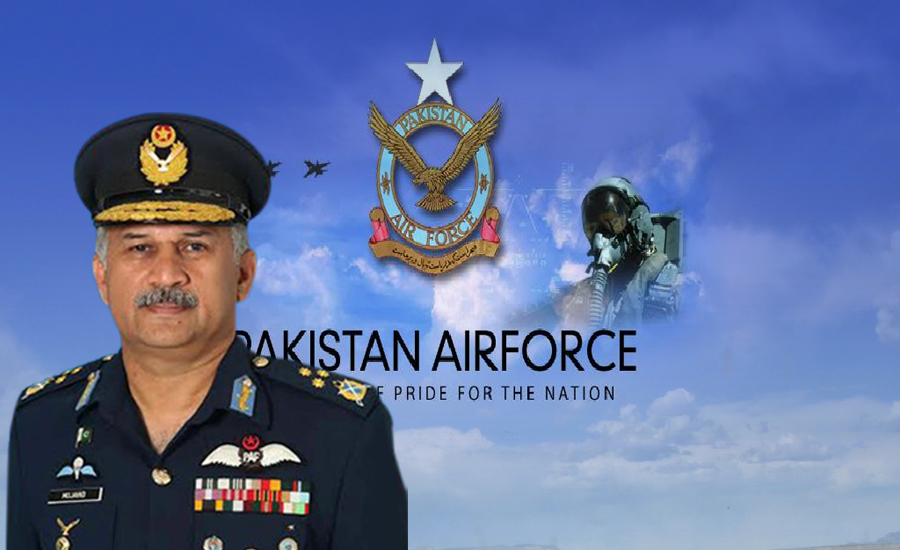 RAWALPINDI (92 News) – Air Marshal Mujahid Anwar Khan has been designated as the new chief of air staff. In a statement issued by the PAF Spokesman, Mujahid Anwar Khan got commission in the force in December 1983 and is recipient of coveted Sword of Honor, Best Pilot trophy and Chairman Joint Chiefs of Staff Committee gold medal from PAF Academy Asghar Khan. During his tenure, he held various Command and Staff appointments, including Command of a Fighter Squadron, a Tactical Attack Wing, Base Commander of two elite F-16 Bases and Air Officer Commanding of Regional Air Command. He had served as Personal Staff Officer to Chief of the Air Staff, and Assistant Chief of the Air Staff (Operations) at Air Headquarters, Islamabad. He is a graduate of Combat Commanders’ School, and Air War College. He is a recipient of Sitara-e-Imtiaz (Military). On the other hand, Chief of Army Staff (COAS) General Qamar Javed Bajwa congratulated Air Chief Marshal Mujahid Anwar Khan on appointment as Chief of Air Staff Pakistan Air Force.