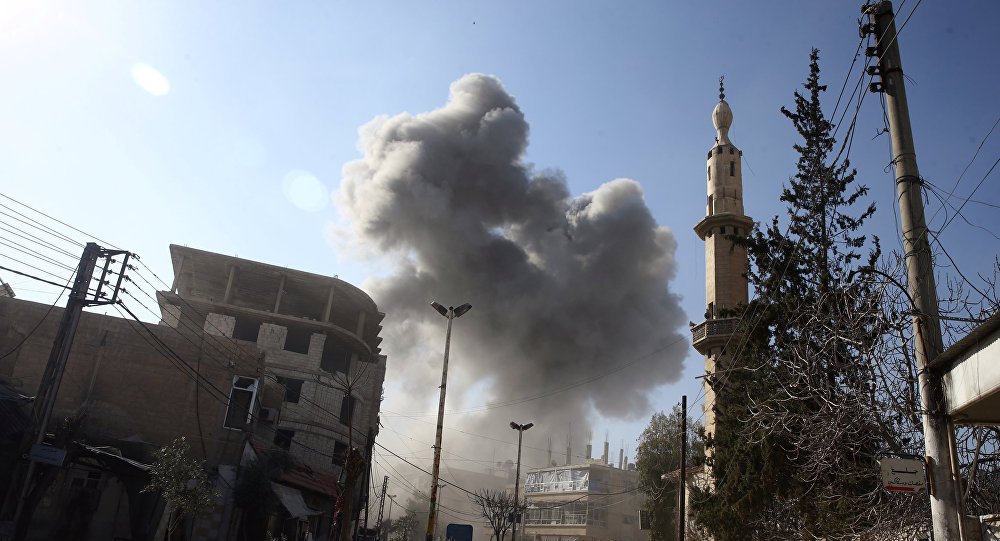 BEIRUT (Reuters) - The Syrian Observatory for Human Rights said an air strike killed 15 children and two women sheltering in the basement of a school in the Syrian rebel-held town of Arbin in eastern Ghouta on Monday.

There was no immediate comment from Damascus, which says its forces only target militants and accuses the Ghouta factions of holding civilians against their will - a charge rebels deny.

The British-based monitoring group said the strike wounded more than 50 people in the enclave, where an offensive by the government and its allies has seized much of the insurgent territory.