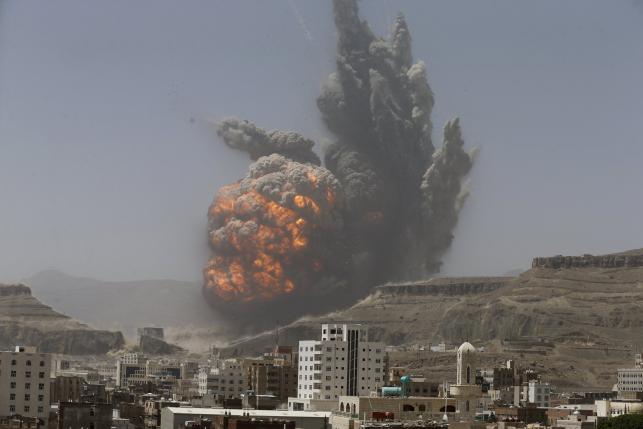 SANAA - An air strike on a Scud missile base in the Yemeni capital Sanaa caused a huge explosion that blew out windows in homes, residents said. There was no immediate word of casualties from the blast, which hit the base on Faj Attan mountain beside Hadda district, where the presidential palace and many embassies are located. A thick pillar of smoke rose into the air. Resident Adel Mansour said it was the largest explosion in more than three weeks of bombing by a Saudi-led coalition. "For the first time since the start of the bombing the windows of my house smashed," Mansour said. "My children are terrified and one of my relatives fainted because of the force of the blast." Saudi Arabia has led an alliance of Sunni Arab countries in air strikes against the Iran-allied Shi'ite Houthi rebel group and army units loyal to ex-president Ali Abdullah Saleh. The campaign has repeatedly targeted the Faj Attan facility along with other military bases and airports in Sanaa and throughout the country. - Reuters