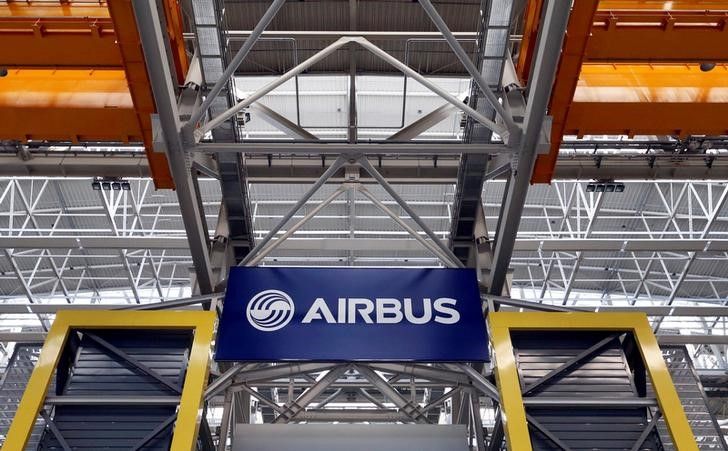 SYDNEY (Reuters) - The head of airplane sales at Airbus (AIR.PA) dismissed concerns about a sharp drop in orders for the A330neo jet and predicted European wide-body demand would start to recover this year as rival Boeing extended a series of wins in the lucrative segment. “The world is still full of opportunities in terms of wide-bodies. We have a lost a couple of campaigns in the West and there are other campaigns around the world. I am not personally in a panicking mode about the A330neo,” Chief Commercial Officer Eric Schulz told Reuters on Monday. Speaking on the sidelines of an airlines meeting in Sydney, Schulz declined to give a numerical sales target for 2018 wide-body orders but said, “We will see, I think we will be ok. I can see from the dynamics in the market and what we have in the pipeline and what we have already negotiated.” The A330neo is a derivative of Airbus’s most-sold wide-body jet, the A330 series, whose fortunes are widely monitored by investors as one of its two main sources of profits and cash. Airbus has lost a series of US contests for sales of the 250-300-seat A330neo, followed by a decision set to be approved this week by the owners of India’s Vistara to order six Boeing  787s instead of A330neos, two industry sources said. The same airline may expand a leased fleet of A320neos. Airbus and Boeing declined to comment and Vistara did not respond to a request to comment on the order, reported earlier by Bloomberg News. Demand for wide-body jets has weakened recently because of oversupply, but Boeing has extended a traditional lead in that part of the market thanks to a spate of orders for its 787 and a rebound in 777 demand, assisted by a recovery in freight demand. Airbus typically sells 4 in 10 big jets but reaped just 16 percent of wide-body orders between January and April. Adjusted for cancellations, net orders slumped into negative territory. Analysts say a US decision to revoke export licences for jets sold to Iran, after pulling out of an international nuclear sanctions deal, could deepen Airbus’s wide-body woes since IranAir’s order for 100 jets had included 28 A330neos. Schulz said Airbus would not immediately reflect the collapse of the Iran deal in its order book as it uses a grace period for US licences to “study the political situation”. Still, industry watchers say the European firm has 16 unfilled production slots for A330s in 2019, raising the prospect of further output cuts if it does not win new sales. Airbus hopes China could be a promising market. Schulz said one factor weighing on A330neo sales was the relatively young age of many of the previous A330 models in service, meaning some operators were not yet ready to upgrade. “I believe that especially for people who are operating the A330, the A330neo is a nice and easy transition towards an aircraft that generates very good efficiency,” he said. The International Air Transport Association (IATA) said on Monday higher fuel prices were supporting new aircraft demand and that the average size of aircraft was rising. Schulz said on the sidelines of IATA’s annual meeting that wide-body jet demand would soon recover to reflect the underlying fundamentals. “The market is not that fast but I can sense talking to the airlines that within the next 18 months to 2 years we will have much more dynamism in the market,” he said.