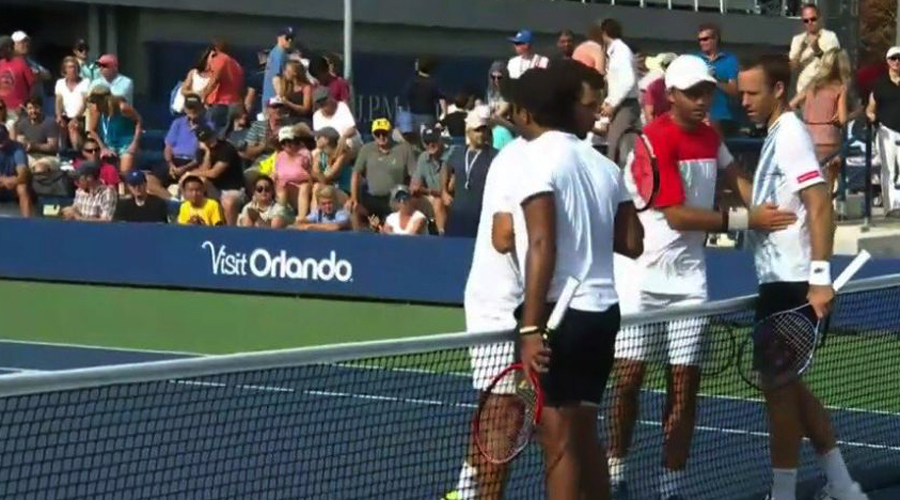 NEW YORK (92 News) – Pakistan’s Aisamul Haq Qureshi with his partner Robert Lindstedt defeated Jean-Julien Rojer and Horia Tecau in two sets to reach the quarter-final of the US Open on Monday. Aisam and his Swedish partner are unseeded in the competition and they booked their place among the last eight after the match which lasted 98 minutes. They will face top seed French pair Pierre Hugues Herbert and Nicolas Mahut in the quarter-final.