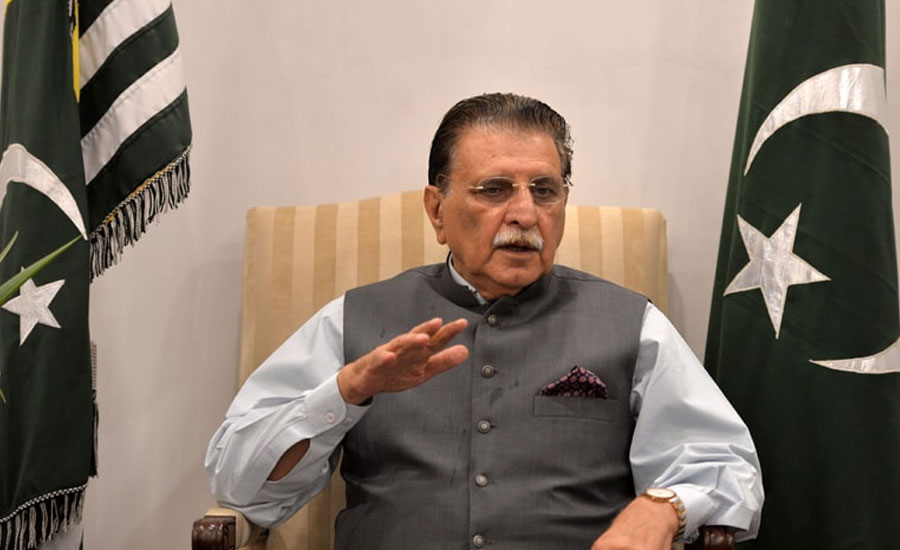 MUZAFFARABAD (92 News) – Azaad Jammu and Kashmir (AJK) Prime Minister Raja Farooq Haider on Tuesday visited the Farwad Kahuta village situated in Haveli district, which is surrounded by the Line of Control (LoC) from three sides. On his arrival in Fawad Kahuta, the local people warmly welcome the prime minister and raised slogans “Kashmir Zindabad”. A long march was also held in Chakswari to express solidarity with the oppressed people of Indian Occupied Kashmir (IoK). While addressing to the locals, PM Farooq Haider said that the morale of residents of Haveli district is high and they are standing firm against the aggression of the Indian troops. “I salute to the Kashmiris living alongside with the Line of Control (LoC) and the high moral of people in occupied Jammu and Kashmir despite the continuation of curfew since last 42 days by the Indian authorities.” “Kashmiris will soon be one and free,” announces AJK premier. “Haveli’s Farwad Kahuta is surrounded by the ceasefire line from three sides and the government will provide relief to the residents,” he vowed. “India is continuing atrocities against Kashmiris for last 72 years but they failed to end resilience of the people of Kashmir. Kashmiris are standing side-by-side with the Pakistani troops.” During his address, PM Haider also chanted slogans “Pakistan Zindabaad” and “Pakistan Fouj Zindabaad” along with the residents of Farwad Kahuta. Earlier in the day, AJK President Sardar Masood Khan warned, “Nuclear war can be happened if India will not stop nefarious designs against the Kashmiri people, we will fight against India on all fronts.” He has called upon the UNSC to take serious cognizance of the horrible situation in occupied Kashmir. Sardar Masood said that under the UN Charter, it is the responsibility of the Security Council to play its role to avert a disastrous war in the region. He said that all Indian actions including turning of IoK state from the occupied territory into an Indian colony as well as bifurcation of the state are not only unlawful and immoral but these are also a violation of international laws and the UN resolutions.