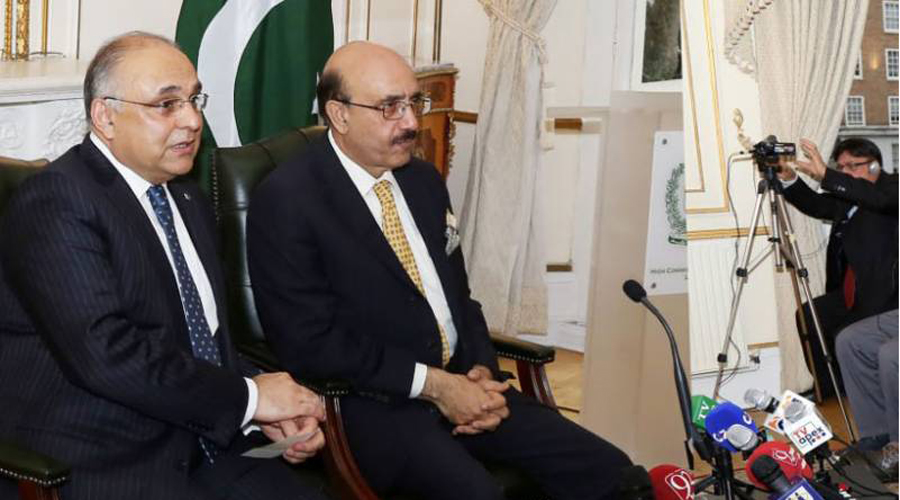 LONDON (92 News) – Azad Jammu and Kashmir (AJK) President Sardar Masood Khan has urged British Prime Minister Theresa May to raise Kashmir issue with her Indian counterpart during her upcoming visit to New Delhi. During his media briefing in London, he said that India is committing gross human rights violations in occupied Kashmir and the entire population in the held valley is living under extended curfew for over a month. He urged the Kashmiri community in UK to get united and raise awareness about Kashmir issue in an effective and forceful manner. On the occasion, Pakistan High Commissioner Syed Ibne Abbas said that he has sent letters to various British parliamentarians asking them to send a parliamentary delegation to both sides of Kashmir to ascertain facts on the ground.