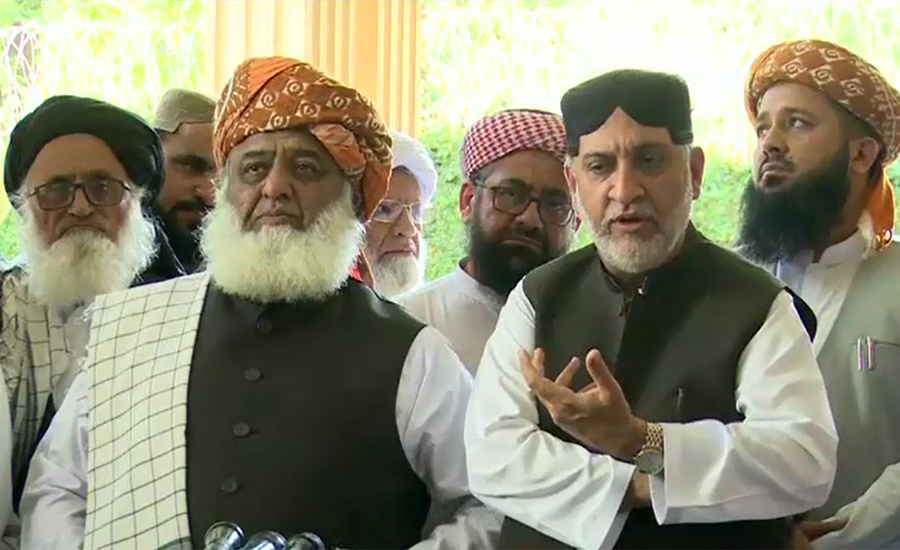 ISLAMABAD (92 News) – JUI-F chief Maulana Fazlur Rahman called on BNP-M chief Sardar Akhtar Mengal on Tuesday. Maulana Fazlur Rahman invited the BNP-M chief to attend the all parties conference (APC) to be held this month. Talking to the media, BNP-M chief Akhtar Mengal said that they want to see the institutions impartial and judiciary free. “We are not an ally of the government, but had supported the government on some points,” he said. Mengal announced that his party will attend the APC. “The issues cannot be resolved unless the national agenda is brought forward by all political parties,” he said.