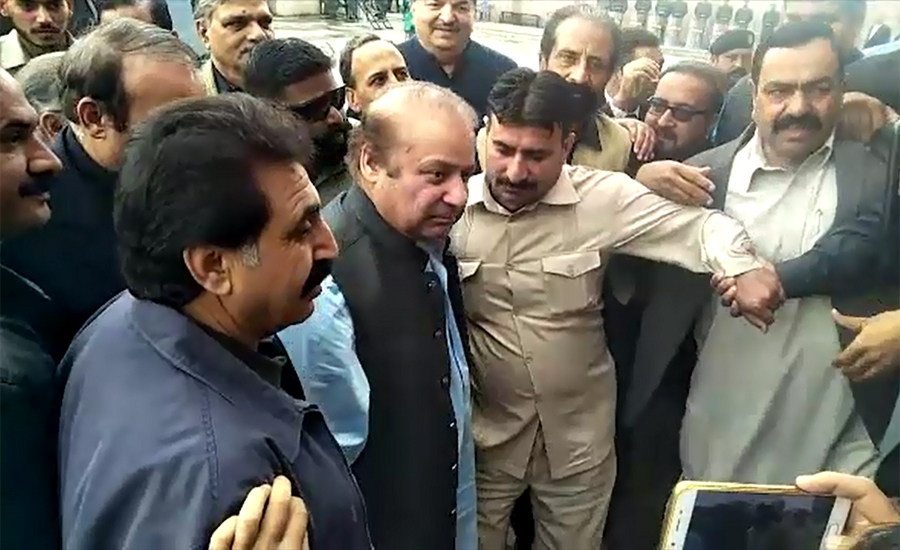 ISLAMABAD (92 News) – Former prime minister Nawaz Sharif recorded the answers to 45 questions out of total 50 in the accountability court on Wednesday. Recording his statement under section 342, he said that he remained the PM three times. “I had no public designation from October 1999 to May 2013. I had been in exile from October 12, 2002 to 2007,” he said. The former premier said that he had disclosed his assets and means of income in his tax returns. He said that he is not authorized to give answer to the tax of Hussain Nawaz. Nawaz Sharif said that some questions are based on rumuours and others are ambiguous. He requested the court to give him some time as some questions are complicated and he would answer them after going through the record and consulting his counsel Khawaja Haris. Accountability Court Judge Arshad Malik remarked that the court will ask more questions if answers to the questions found satisfactory. Meanwhile, the court has sought the answer to 101 more questions which have been handed over to the accused Nawaz Sharif. Nawaz Sharif signed each page of his statement which was made part of the record. The court also decided to write a letter to the Supreme Court for extension in the trial. The judge remarked that a month will be needed to record the statement of the NAB the way it wants.