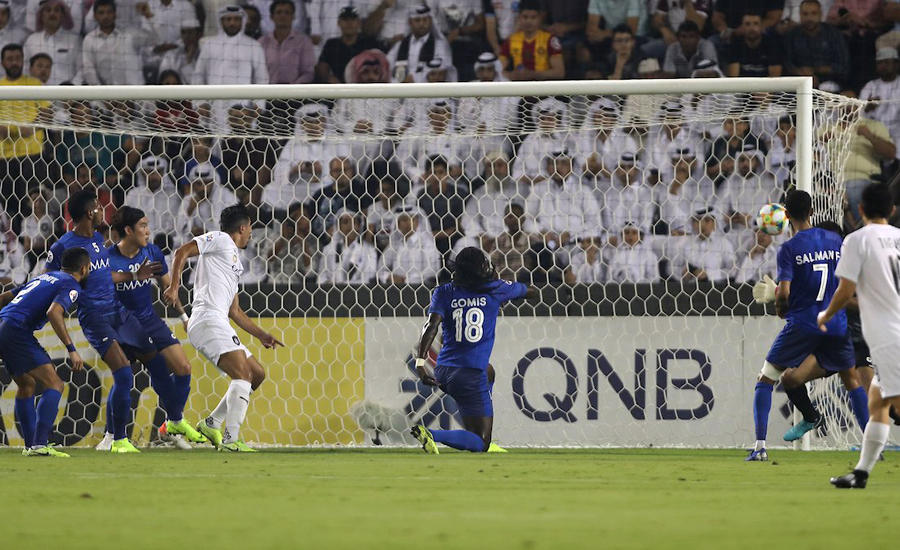 TOKYO (Reuters) - Saudi Arabia’s Al Hilal took a massive stride towards a third Asian Champions League final in six years by thrashing Xavi Hernandez-coached Qatari champions Al Sadd 4-1 in their semi-final first leg in Doha on Tuesday. The visitors, losing finalists in both 2014 and 2017, fought back from conceding an early Bafetimbi Gomis own goal to punish the Qataris, who were reduced to 10 men 10 minutes before the break following Asian Player of the Year Abdelkarim Hassan’s red card. After steering the ball into his own goal with 14 minutes on the clock, former Swansea City striker Gomis made amends 19 minutes later when he found the roof of the net from close range to capitalise on woeful defending by the home side. Hassan was sent off after receiving a straight red card for his furious reaction to an initial booking handed to him by Omani referee Ahmed Al Kaf for a foul on Mohammed Al Burayk. With the numerical advantage, Al Hilal took control, although not before Al Sadd’s Qatar international Akram Afif had rattled the Saudi side’s post. That scare shook Al Hilal into action and Ali Al Bulayhi put his side in front on the stroke of halftime when the home defence failed to clear Sebastian Giovinco’s corner and Al Bulayhi bundled the ball over the line. Gomis claimed his second of the night to compound Al Sadd’s misery on the hour mark before veteran midfielder Mohammad Al Shalhoub - who was part of the Al Hilal squad that won the Asian Club Championship in 2000 - added a fourth with a quarter of the game remaining. The two teams meet again in the second leg in Riyadh on Oct. 22, with the winner facing either Urawa Red Diamonds from Japan or China’s Guangzhou Evergrande in the final in November.