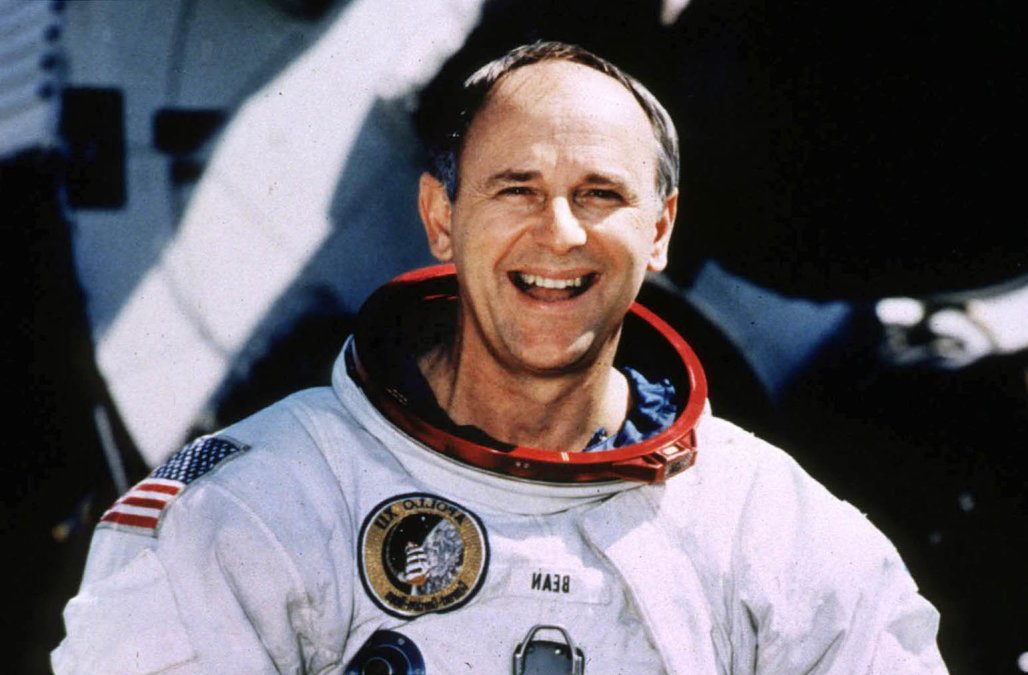 WASHINGTON (Reuters) - American astronaut Alan Bean, who walked on the moon in 1969 during the Apollo 12 mission and commanded a crew on the Skylab space station in 1973 before giving up his career to become a full-time painter, died in Houston , officials said. Bean, 86, a former US Navy test pilot who became one of only 12 people ever to set foot on the moon, died at Houston Methodist Hospital, his family said in a statement released by the National Aeronautics and Space Administration (NASA). He had fallen ill two weeks ago while travelling in Fort Wayne, Indiana. “Alan was the strongest and kindest man I ever knew. He was the love of my life and I miss him dearly,” said Leslie Bean, Bean’s wife of 40 years, in a statement. “A native Texan, Alan died peacefully in Houston surrounded by those who loved him.” Leaving his footprints on a region called the Ocean of Storms, Bean in November 1969 became the fourth man to walk on the moon as one of the astronauts on the second of NASA’s lunar landing missions, Apollo 12. For the 40th anniversary of the Apollo 11’s moon landing, Bean exhibited his paintings of lunar scenes at the Smithsonian Institution’s National Air and Space Museum in Washington. Bean’s lunar quest came just four months after American Neil Armstrong became the first human to walk on the moon in NASA’s historic Apollo 11 mission in July 1969. Bean served as lunar module pilot on Apollo 12. He and crew mate Pete Conrad explored the moon’s surface and conducted experiments while Richard Gordon orbited overhead in the command module, scouting landing sites for future moon missions. “I remember once looking back at Earth and starting to think, ‘Gee, that’s beautiful.’ Then I said to myself, ‘Quit screwing off and go collect rocks.’ We figured reflection wasn’t productive,” Bean told People magazine in 1981. The mission was a success, even though it started with a jolt. Shortly after liftoff, the rocket was struck by lightning but the crew was able to continue the three-day flight to the moon. Bean and Conrad spent more than 31 hours on the lunar surface, including more than seven hours working outside of the module. In 1973, Bean commanded the second mission to Skylab, the first US space station. Along with crew mates Owen Garriott and Jack Lousma, he spent 59 days in low-Earth orbit. Bean later played a key role in preparing future astronauts, serving in that role until the first flight of the space shuttle in 1981. He even worked with “Star Trek” actress Nichelle Nichols on outreach efforts to prospective astronauts.

His decision in 1981 to give up his NASA career to become a full-time artist surprised some of his colleagues. “You have to live your dream even if other people think it’s screwed up,” Bean told a 2010 NASA oral history interview. “About half the astronauts thought it was a midlife crisis or something. The other half, the ones that were more right-brain, thought it was a pretty good idea.” Bean remembered telling a senior NASA official named George Abbey the reason he was leaving the space agency. “I said, ‘I’m going to be an artist,’” Bean recalled. “If he hadn’t had the window behind him, he would have gone over backwards. ... His first comment: ‘Can you earn a living at that?’ ... I said, ‘I don’t know, but if I can’t I’m going to go to work at Jack in the Box (the fast-food hamburger chain).” Working at his home in Houston, Bean created paintings that focussed on the Apollo missions, with images of himself and other astronauts on the moon rendered with the authenticity in lighting and colour that only an eyewitness could provide. His paintings sold for tens of thousands of dollars apiece. His former colleagues became admirers. Armstrong once said, “Alan Bean and his ‘astroartistry’ recreate the drama and excitement of man’s exploration of the moon as only could be chronicled by one who has been there.” “I think I would like to be remembered in the end as an astronaut and an artist,” Bean told People. “I think everyone can do more than one thing with his life.” Bean was born on March 15, 1932, in Wheeler, Texas, and grew up in Fort Worth. He aspired to become a pilot and started flight training at age 17. He earned a degree in aeronautical engineering at the University of Texas, then was commissioned as an officer in the Navy. He trained as a Navy test pilot under Conrad, who years later during their astronaut days played a key role in getting Bean designated for the Apollo 11 mission. The retired Navy captain lived with his wife, Leslie, in Houston. He had two children by a previous marriage.