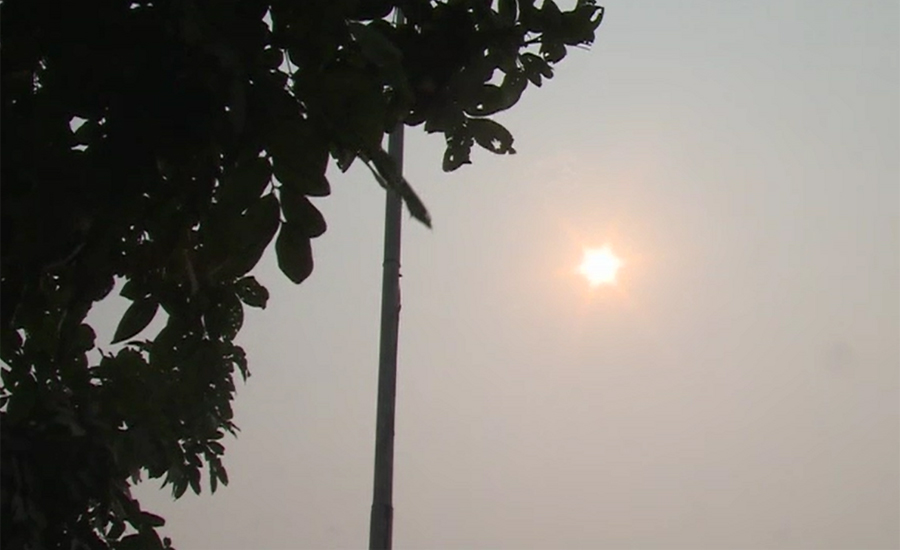 LAHORE (92 News) – The Environment Department has issued an alert after smog touched an alarming level in different areas of the city. According to the Environment Department, smog’s PM10 level has touched 448 per meter, while PM2.5 level is 380 per meter. Smog is causing several diseases after being inhaled by human beings. Smog, enveloping the provincial metropolis for the past two days, has been thickening, reducing visibility and making breathing difficult for the residents. Air pollution caused by traffic, industries, crop burning and disposal of solid waste are major contributors to smog. With Pakistan witnessing a steady rise in carbon emissions, the smog is only expected to worsen in the forthcoming winters unless urgent action is taken, World Wildlife Fund (WWF) Pakistan has warned. Lahore and Karachi are among 10 most polluted cities of the world in terms of air quality. Urban air pollution in Pakistan is among the world's most severe, significantly damaging human health, quality of life, economy and the environment.