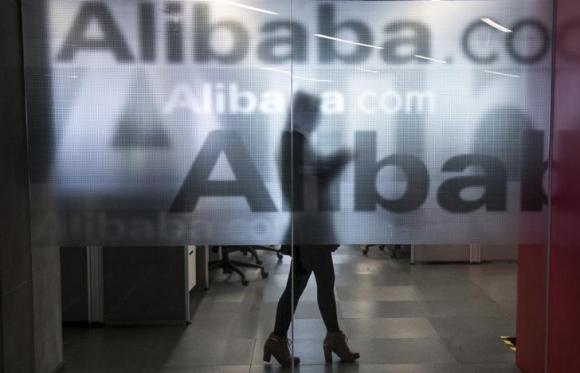 NEW  YORK - As Alibaba (BABA.N) was preparing to sell shares to US investors for the first time, Jerry Verseput tried to persuade his clients not to throw money at the giant China-based e-commerce company because he thinks IPOs are a gamble, especially those with a lot of hype. "I said if you want to go play with the money, I will do it for you but understand this is for entertainment purposes and not an investment strategy," said Verseput, president of Veripax Financial Management in Folsom, California, who manages about $65 million. For the two clients that insisted on buying stock, Verseput made sure they only invested less than one percent of their assets in the IPO. That was probably good advice. Six months after Alibaba’s IPO, the shares are down more than 29 percent from their November high. Alibaba opened on Sept. 19 at $92.70, ended its first day at $93.89 and reached its peak on November 13, when it hit $120. Alibaba, which already commands 80 percent of the Chinese market and handles more ecommerce than Amazon (AMZN.O) and eBay (EBAY.O) combined, trades at a price-to-earnings ratio of about 30, compared with Seattle-based Amazon, which sports a three-digit P/E. On Wednesday, a lock-up period expired allowing insiders owning a total of 437 million Alibaba shares to sell, although 100 million of those shares owned by employees remain restricted until May when the company will report quarterly earnings. A larger lock-up of more than a billion shares held by insiders, including Yahoo! Inc (YHOO.O) expires in September. Some investors are worrying about further drops in the stock as insiders sell. At TD Ameritrade (AMTD.N), which typically serves retail investors, more than half of those who bought shares of Alibaba at the IPO still own the stock, while 24 percent sold within a month of buying. "It's been ugly," said Alan Haft, a Newport, California-based financial adviser who said he "shamefully went on CNBC touting the stock" before the IPO and talked about a dozen of his clients into buying it. He says he still sees a good long term picture for Alibaba, but not right away. "The stock is probably going to get worse so in the short term it's a regret." While some anticipated a small drop in the stock price Wednesday as a result of the lockup, many analysts believe the end of the lockup has already been priced in. And given Alibaba's size, any selling will get absorbed easily, said Gil Luria, managing director of equity research for Wedbush Securities. The 25-day average trading volume for Alibaba is 14.5 million shares. Alibaba's shares were little changed on Wednesday at $84.59 a share, about 24 percent above the $68 IPO price. Still, some investors have come back down to earth after seeing its most recent quarterly results. While non-GAAP net income, which strips out exceptional items, rose 25 percent to 13.12 billion yuan ($2.1 billion) in the quarter ended December 2014, investors zeroed in on disappointing sales growth: revenue rose 40 percent from the previous year, down from a 53.7 percent gain in the September quarter. Alibaba's underwhelming holiday quarter performance and a public verbal tussle with a powerful Chinese industry regulator helped trigger the stock's decline. They brought to the fore two major risks to further gains:: politics and the shift to mobile commerce. The lower-than-expected December-quarter revenue underscored how Alibaba earns less on smartphones and tablets as its users shift toward mobile shopping. As of Feb 27, short interest in the stock came to almost 57 million shares, or 2.3 percent of Alibaba's outstanding stock (2.488 billion). That's more than double the 21 million shares as of Sept 30, when the Nasdaq began compiling data. "Typically there is a lot of pent-up anticipation around the expiration but history shows that a vast majority of times that anticipation doesn't manifest," said Adam Sarhan, chief executive of Sarhan Capital in New York, who is short Alibaba shares. "When the time comes for expiration you don't see a big decline in the stock unless if there is something fundamentally wrong or something has happened to change the investment thesis." Several of the biggest hedge fund managers, including Leon Cooperman's Omega Advisors, David Tepper's Appaloosa Management and Barry Rosenstein's Jana Partners LLC dissolved their stakes in Alibaba at the end of last year, while others reduced their holdings, according to US regulatory filings. Other money managers, like Haft, expect more rockiness in coming months, but think Alibaba will make them money. COUNTERFEIT QUESTION Alibaba's stock has taken a hit as Chinese regulators stepped up their scrutiny of counterfeit products on its ecommerce sites. In late January China's State Administration for Industry and Commerce issues a now-retracted report accusing Alibaba for allowing the sale of fake products on its sites, among other things. However, Alibaba has ramped up its focus on identifying and removing counterfeits from its sites. "I think in the longer term Alibaba is going to be a more credible company in the international market," Haft said. "It will take another six months to a year for the stock to cycle back, but I think the fundamentals of the company are strong." September's lockup of more than one billion shares could have a bigger effect on the stock, but how much will depend on whether Alibaba has made significant progress on dealing with the counterfeiting issue, said Henry Guo, a senior analyst with Greenwich, Connecticut-based JG Capital Corp. Robert H. Christie, an Alibaba spokesman, declined to comment. As for Verseput's two clients, they're hanging on. "They are thinking it's a big company and 20 years from now it should be a good investment," he said. – Reuters