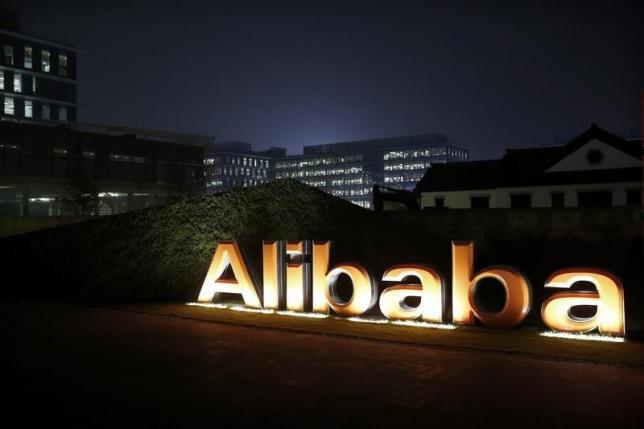 BEIJING - Alibaba Group Holding Ltd said Monday it will invest 28.3 billion yuan ($4.56 billion) in Suning Commerce Group Co Ltd, clinching a cross-investment deal that allies China's leading e-commerce player with one of the country's largest brick-and-mortar retail chains. The deal will make Alibaba Suning's second-largest shareholder with a 19.99 percent stake, while Suning would invest 14 billion yuan ($2.25 billion) to acquire a 1.1 percent stake in Alibaba. The two companies said in a joint statement that the partnership would combine their strengths in offline and online commerce. Alibaba customers, for instance, could go into one of Suning's 1,600 outlets in China to try out a product before purchasing it on Alibaba's website using their smartphone. Suning, which has long boasted a formidable logistics operation, would join forces with Alibaba's distribution network to deliver goods in as little as two hours, the companies said. China's leaders have steadily fleshed out a broad development strategy called "Internet Plus" designed to combine online and offline industries and encourage more technology-driven, high-value economic output. Under the broad brushstrokes of the Internet Plus strategy - unveiled by Premier Li Keqiang during the National People's Congress in March - the Beijing government has vocally backed China's e-commerce industry as well as the adoption of robotics and computerized manufacturing. Zhang Jindong, Suning's chairman, said in a statement: "(The deal) signals a new trend in the Internet age: strengthening China's traditional industries by leveraging the power of Internet. It will also help transform China's manufacturing industry and broaden the global horizons of Chinese brands." For Alibaba, the alliance could reinforce its competitiveness against its main e-commerce rival JD.com, which has traditionally enjoyed healthy sales of electronics and gadgets. Alibaba has been seeking to strengthen its electronics offerings in recent months, inking tie-ups with Gome Electrical Appliances Holding Ltd and Haier Electronics Group Co Ltd to offer home appliances on its online marketplaces. - Reuters