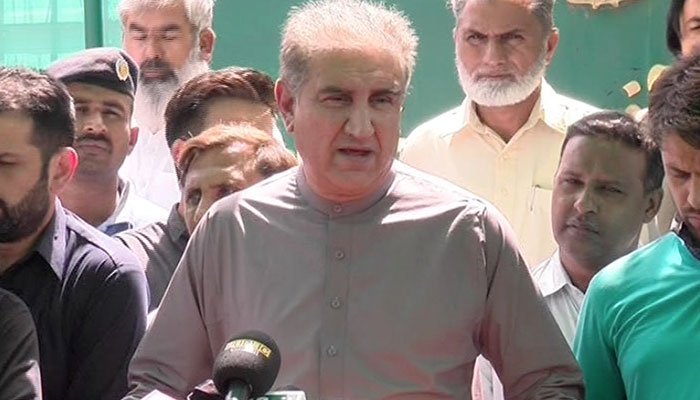 ISLAMABAD (92 News) – Pakistan Tehreek-e-Insaf (PTI) leader Shah Mahmood Qureshi on Monday said that all the parties rejected Jammat Ulmae Islam-F (JUI-F) chief Fazlur Rehman's undemocratic demand. Speaking to the journalists, the PTI leader said that Fazlur Rehman have become unsuccessful and pointed out that most of the parties rejected to boycott of the parliament. He said that the nation has placed its trust in Imran Khan by voting the party to power, and asked the public to support it in achieving its vision for the country. “Everyone from the world over is congratulating Imran Khan on the victory. Even opponents are praising his victory speech. Imran Khan's win is a result of 22 years of political struggle,” Shah Mehmood mentioned. The PTI leader noted the positive events in the Pakistani economy following the elections. “The stock market has stabilised, the rupee has bounced back,” he remarked. He said that the number game to form government in Punjab in PTI's hand. He also informed that they will try to make government in Balochistan with the help of allies.