ISLAMABAD (92 News) – Opposition Leader in the National Assembly Shehbaz Sharif has said that they are making all-out effort to send the government home.

Talking to the media after hearing of a case on Monday, he said that the inflation is sky-high. "The government has broken all records of bad governance and corruption. The government should be fearful after watching its wrongdoings," he added.

On the other hand, PML-N leader Hamza Shehbaz said that the person who is holding the chair of Prime Ministry he can not even unite his own party. “Once again terrorism in the country is increasing,” he added. 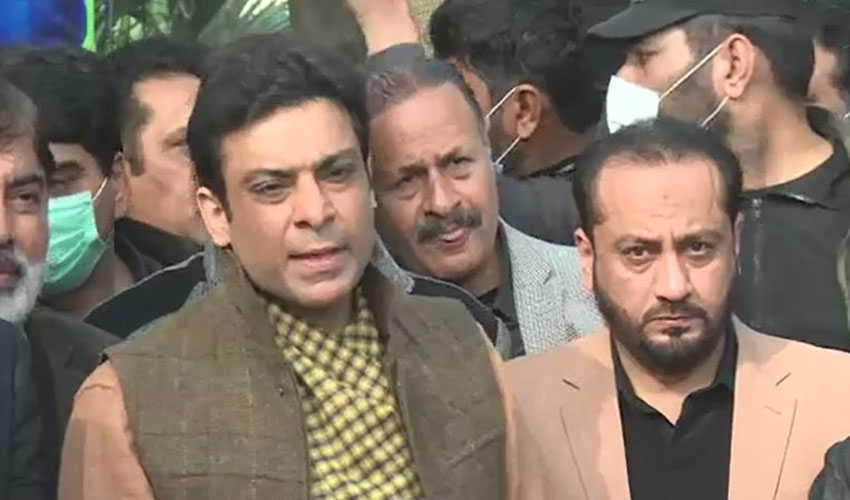 Recalling situation of past, he said that receiving dead bodies from bags in Karachi had been ended. “We united everyone and eradicated terrorism. Now again the condition has worsen. Conditions of IMF have been accepted. He used to say that despite of taking loans he will commit suicide,” he maintained.

He said that accepting IMF conditions means the country has been on lease. “When it was time to take loan then he did not. Prime Minister Imran Khan remembers every task in late. A lair is sitting on the chair of Prime Minister. He prefers his ego over country’s benefit. This time, inflation and poverty is on peak in the country,” he concluded.