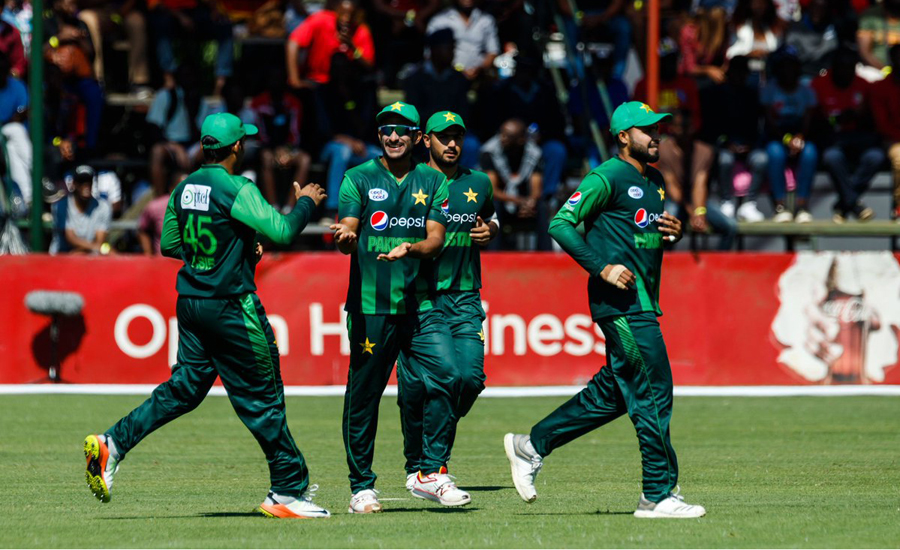 HARARE – Fakhar Zaman's career-best 73, and Shaheen Afridi's three-wicket haul deny Australia a chance to grab the No 1 T20I spot. A brilliant Fakhar Zaman fifty, followed by a disciplined bowling performance helped Pakistan coast to a resounding victory as they beat Australia by 45-runs in their tri-nation Twenty20 International series in Harare on Thursday. “We are not too worried about the rankings, as we are solely focused on winning the T20I triangular series,” said Sarfraz Ahmed, the Pakistan captain, before the start of the series. And on Thursday, they stayed on course for both. In a competition to sit at the top of the MRF Tyres ICC T20I Team Rankings, Australia needed to remain unbeaten in the series; after their loss to Pakistan, they will have to settle for the No.2 spot. Zaman's third half-century lifted Pakistan to 194/7, their highest T20I total against Australia. With his 73 off 42 balls, the Pakistan batsman became the leading T20I run-scorer in 2018. A Shaheen Afridi-led bowling attack then restricted Australia to 149/7. Afridi's first international wicket was the in-form Aaron Finch, caught behind for 16. He also had Glenn Maxwell trapped in front for 10. Between that, Faheem Ashraf had Travis Head clean bowled for 7 as Australia slipped from 29/1 to 49/3 in no time. D'Arcy Short, having made a steady 28 from 34, became Afridi's third victim. Afridi, on only his second T20I outing, finished with 3/37. Although Alex Carey, who top-scored for Australia with his unbeaten 24-ball 37, showed some resistance, those runs weren't enough to drag his side across the victory line. Earlier, sent in to bat, Pakistan lost Haris Sohail for a first-ball duck after the opener chipped the ball straight into the hands of Short, the square leg fielder, off Jhye Richardson. After the initial blow, Zaman and Hussain Talat steadied the innings and posted 51/1 in the Powerplay. Their 72-run stand for the second wicket was ended by Maxwell, who had Talat clean bowled for 30. Zaman, who registered scores of 61, 6 and 47 in the previous matches, kept going and brought up his second half-century of the series from 33 balls with a six. It took a slower ball from Marcus Stoinis for Zaman to walk back to the dugout. His innings was studded with nine boundaries and three sixes. Andrew Tye, who had snared the crucial wicket of Sarfraz Ahmed caught behind by Carey for 14, also ended Shoaib Malik's cameo (27 from 15) and added Shadab Khan to his tally as he finished with 3/35. Late strikes from Asif Ali, who remained unbeaten on 37, helped lift Pakistan to a competitive – and ultimately winning – total. The teams are set to meet again in the final. SCOREBOARD