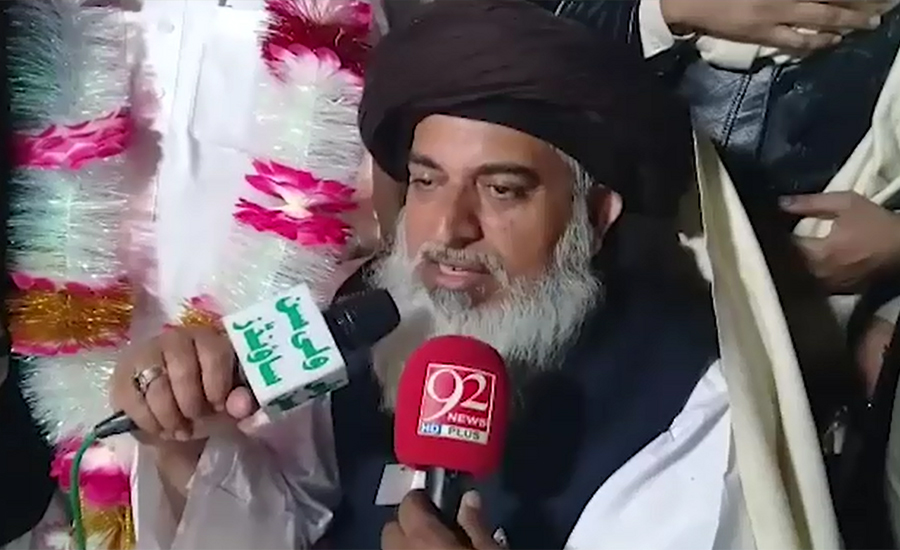 MURIDKE (92 News) – Tehreek Labbaik chief Allama Khadim Hussain Rizvi has announced to launch a march from Lahore to Islamabad on January 4. Addressing workers in Muridke on Tuesday, he said that the government fired shots and baton charged the workers. “Chief of Army Staff General Qamar Javed Bajwa foiled the government’s conspiracy of bloodshed by playing his historic role,” he maintained. Earlier, the Tehreek-e-Labbaik caravan, which reached Data Darbar Lahore after ending the Faizabad sit-in, was accorded a rousing welcome in different cities. The caravan made stopovers in Jhelum, Sarai Alamgir, Gujrat, Gujranwala, Kamoke and Muridke where a large number of workers showered rose petals on the participants. They also chanted slogans in favor of the Khtam-e-Nabuwwat. Addressing the workers at different places, Allama Khadim Rizvi said that Zahid Hamid’s resignation is the first step towards an end to the evil. “The public representatives involved in making the amendment will be exposed. However, it not a success to get the workers martyred. I will inform about the future strategy,” he said. He said that the ruling party has lost its dignity. “The blood of the martyrs will not go waste.” Afzal Qadri said that the agreement has been reached with the government. “Shahbaz Sharif will make a big announcement today. We have rejected the government offer to give compensation to the families of the martyred people. The Tehreek Labbaik itself will help the families,” he added.