GHOTKI (92 News) – Two minor Hindu girls – who were allegedly abducted and converted to Islam, on Sunday approached a court in Bahawalpur seeking protection. According to the details, the Hindu girls submitted a plea in the court seeking for their protections. On the other hand, the parents of girls’ held protest in Daharki and the police arrested a man from Khanpur, who is suspected to have assisted in the nikah (marital contract) of the girls, registering a first information report (FIR). The family of teenage girls stated that the sisters were abducted from Daharki in Ghotki district of Sindh, and forcefully converted to Islam before they were subjected to underage marriages. The incident came to light after the girls’ father and brother revealed the details in videos that went viral on social media. 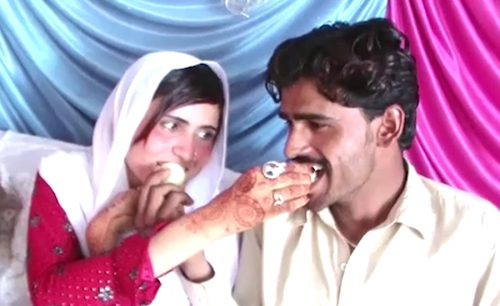 In another video, the girls can be seen saying that they accepted Islam of their own free will. 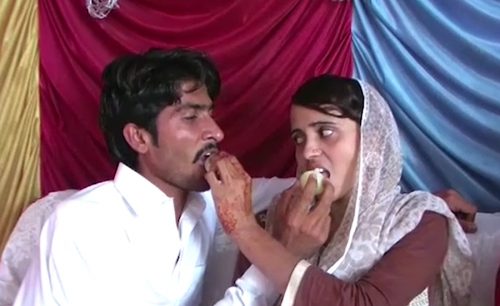 Earlier today, Prime Minister Imran Khan has directed Punjab Chief Minister Usman Buzdar to immediately investigate into the matter of reported abduction of two Hindu girls from Sindh and their shifting to Rahim Yar Khan. This was stated by Information Minister Chaudhry Fawad Hussain in a tweet morning. He said if the reports are true, the Prime Minister has asked for early recovery of the abducted girls. Fawad Chaudhry said the Prime Minister has also directed Sindh and Punjab governments to devise a common strategy about the matter and take concrete steps to prevent such incidents in future. He said white colour in our national flag represents minorities in the country and we love all of our colors. He said protection of the national flag is our national duty.

To another question about the two Hindu girls who were allegedly abducted and forcefully converted to Islam, Foreign Minister Shah Mehmood Qureshi said, “We will defend our minorities. “If any injustice has been done, then we will stand with them. We do not have double standard.”