KAMUNKI, Gujranwala (92 News) - Salahuddin, an alleged thief whose video footage of stealing ATM cards from Faisalabad went viral a couple of days ago and died in Rahim Yar Khan police custody, was buried at his native town on Tuesday morning. A large number of area people attended the funeral prayer of Salahuddin, who was said to be mentally sick. Rahim Yar Khan police lodged a case against former Station House Officer (SHO) and his subordinates after the family lodged strong protest against police brutality. Earlier, the SHO and his subordinates were suspended over Salahuddin's death. Salahuddin was seen stealing  ATM cards by intruding the ATM machine in Faisalabad and sticking his tongue out at the CCTV camera. Later he was captured by Rahim Yar Khan police and died in police custody. 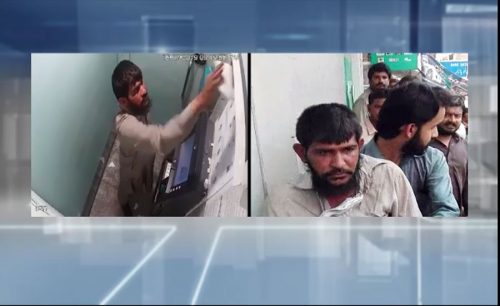 According to reports, police high ups took the notice of Salahuddin's death after 92 News highlighted the matter. They suspend the SHO and formed an investigative team to probe the matter. Sources said the police officials tortured him during the detention in police cell. Parents claimed their son was mentally retarded and a case should be lodged against police personnel. The family reached Sheikh Zayed Hospital in Rahim Yar Khan to find Salahuddin’s body. 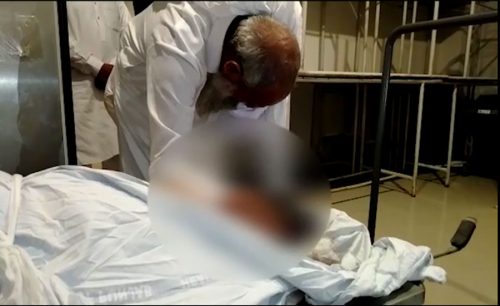 Earlier, the ATM thief suspect who identified as Salahuddin and arrested in Rahim Yar Khan a month after the video incident, passed away while he was in police custody. Reportedly, he was suffering from severe health condition and was rushed to a hospital when his condition deteriorated and later died. Salahuddin was arrested when he was recognised by security officials through video in Rahim Yar Khan on Friday last. It was also reported that Salahuddin pretended to be deaf and dumb in initial investigations and he confessed several crimes during the interrogation.