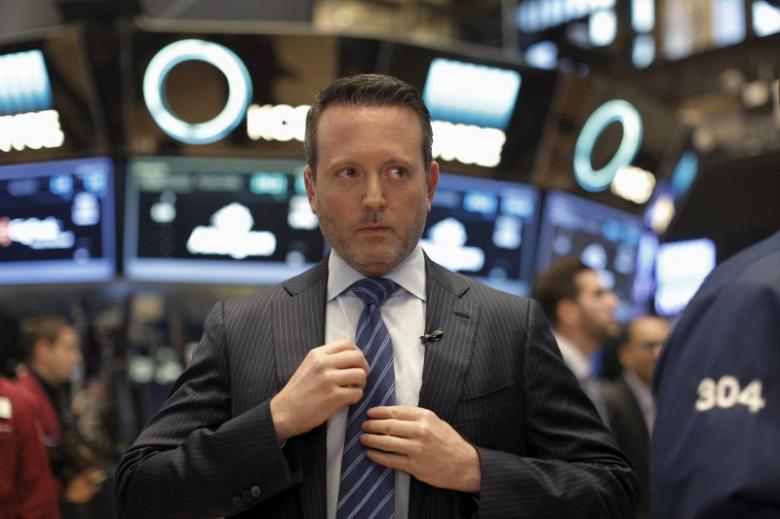 NEW YORK - The chief executive officer of Allergan Plc said his company would limit annual price increases on its prescription drugs, and that "outlier" drugmakers that have imposed huge price increases on their products were scaring off venture capital investors. Allergan, the maker of such products as Botox, plans to raise prices no more than once a year and keep price hikes to no more than low-to-mid-single-digit percentages, slightly above the current annual rate of inflation, CEO Brent Saunders said on Tuesday. Price increases taken by Allergan so far this year reflect that range, and will be the pattern for price increases next year and beyond, Saunders said in an interview. "Allergan is committed to being a good citizen in self-policing and being disciplined about price increases," Saunders said. "And I hope others in the industry follow." Without mentioning names, Saunders said several drugmakers that have come under fire from patients, consumer groups and politicians for huge price increases, had been "reprehensible" and were choking off investment in start-up companies doing cutting-edge drug research. "My biggest fear, every time there's another headline or more regulator negativity, is that venture capital needed for innovation could move out of the sector," Saunders said, adding the amount of venture capital backing for early stage drugmakers was slowing. "If the bottom of the ecosystem, which is so important for early drug discovery, begins to evaporate, innovation will start to go away," he said. "It has started." Saunders outlined his price-restraint vow in a blog earlier on Tuesday. Allergan's biggest products are Botox, used to treat wrinkles and medical conditions such as migraine headaches, and Restasis to treat dry eye. Although a significant portion of Botox sales are for uninsured cosmetic conditions that patients pay out of pocket, Saunders said Allergan would attempt to limit price increases for all uses of the brand. Allergan shares closed 1.3 percent higher at $239.12 on the New York Stock Exchange on Tuesday, amid a moderate advance for the Arca Pharmaceutical Index of large US and European drugmakers. QUESTIONS CLINTON PROPOSALS Democratic presidential nominee Hillary Clinton has cited Turing Pharmaceuticals LLC's 5,000 percent price increase for AIDS drug Daraprim and Mylan NV’s repeated steep price increases on its EpiPen device for severe allergy sufferers as “troubling” examples of price hikes that have attracted bipartisan congressional scrutiny. Valeant Pharmaceuticals International Inc has also drawn criticism for hefty increases on two heart drugs and other medicines. Clinton said on Friday that if elected president in November, she would create an oversight panel to protect US consumers from large price hikes on long-available innovative drugs, a proposal that Saunders described as "impractical." "I'd like to stop outliers too, but implementing that would be hard to do," Saunders said. "In a free market, who says what would fall under the panel's purview, and what the price should be?" Clinton also called for emergency government imports of generics when there is insufficient market competition. Saunders said such imported drugs, lacking strict US regulatory review and made under different manufacturing conditions, could have safety issues. -Reuters