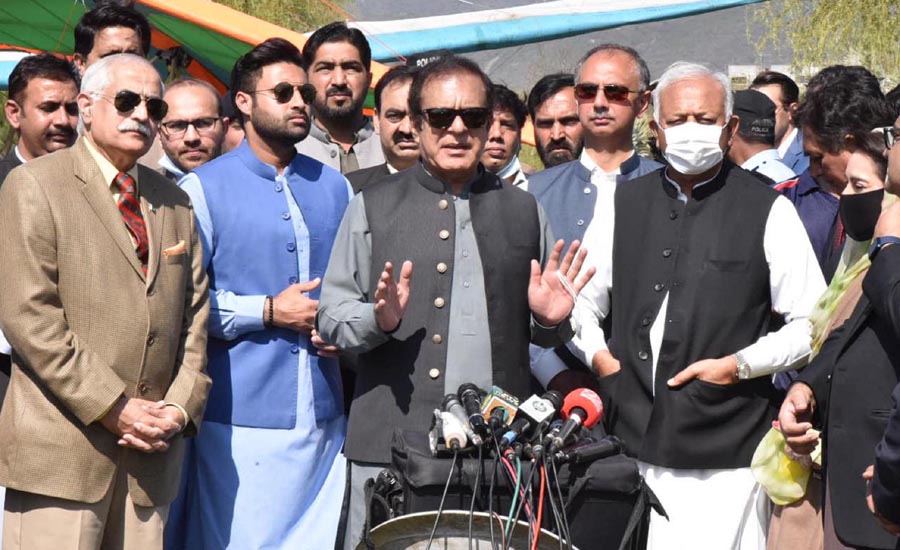 ISLAMABAD (92 News) – Federal Minister for Information Shibli Faraz has said that the allies and the Pakistan Tehreek-e-Insaf (PTI) are standing with Prime Minister Imran Khan.

Addressing a press conference on Friday, he said that the government needs 172 votes while 179 members participated in today's meeting. "The opposition parties want the politics of Changa Manga in the country," he added.

Interior Minister Sheikh Rasheed said that the government will head towards improvement and they had required numbers today. "After the vote of confidence, the no-confidence move cannot be tabled for six months," he declared.