Alonso 'lucky' to be alive after huge crash 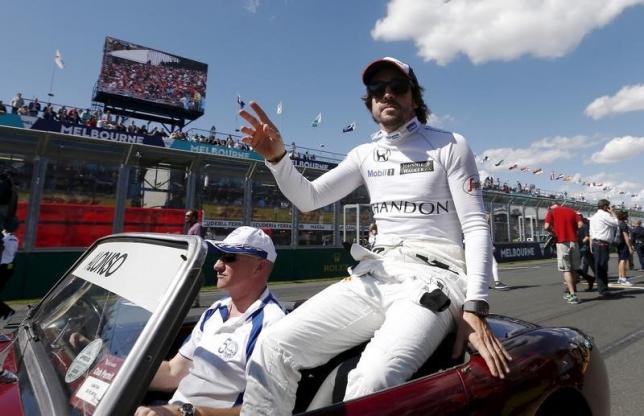 Alonso 'lucky' to be alive after huge crash

MELBOURNE - Fernando Alonso felt lucky to be alive after walking away from a spectacular crash that left his obliterated McLaren scattered across the Albert Park circuit and brought a halt to the Australian Grand Prix on Sunday. Alonso's right wheel clipped Esteban Gutierrez's Haas at high speed going into turn three of the 18th lap and the impact sent the Spaniard's McLaren careening into a barrier, smashing it to pieces, before it flipped, rolled and flew end-over-end into another barrier. The two-time Formula One world champion emerged from the wreckage and walked gingerly over to Mexican Gutierrez, where the pair embraced. "I'm okay, I'm trying to put everything in place again," the 34-year-old told Sky Sports in the paddock after Nico Rosberg won the race for Mercedes. "It was a scary crash. Lucky to be here and happy to be here, and thankful to be here -- especially to the (governing body) FIA and all the safety, thanks to that probably I'm alive. "We lost the power unit and the car because there was a lot of damage, but I'm super happy to be talking." Race control said Alonso's contact with Gutierrez would be investigated but the Spaniard said neither driver was to blame. "We were racing, I kept in the slip-stream as late as I could and at the last moment I tried to move. "It's tough, you can only see the rear wing, you don't have the full view of the track. And same for him, he's defending and can't see what the other guy is doing. So we are both happy." It was a disappointing day all round for McLaren, with Alonso's team mate Jenson Button finishing 14th out of the 16 finishers. -Reuters