Alphabet and Amazon wind up stellar quarter for big tech 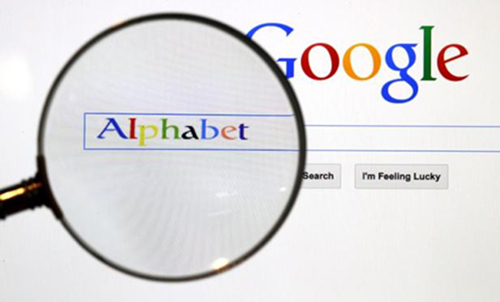 Alphabet and Amazon wind up stellar quarter for big tech

NEW YORK – Google parent Alphabet Inc and e-commerce giant Amazon.com Inc capped a blockbuster June quarter for the five biggest US tech companies as their dominance in key markets helped them defy the "law of large numbers". Apple Inc, Microsoft Corp and Facebook Inc, as well as Alphabet and Amazon, all blew past Wall Street expectations for both profit and revenue. "The results are further indications that the leaders in their respective spaces are taking market shares and it is very much a microcosm of the internet as a whole," Benchmark Company analyst Daniel Kurnos told Reuters. At some point, Kurnos said, the fact that the companies have grown so large will catch up with them. "But I think people still continue to underestimate how large the addressable opportunity is," he said. Alphabet's Class A shares rose 4.9 percent in early trading on Friday, boosting the company's market value by about $23 billion to $542 billion. Amazon rose 1.8 percent, pushing up its market capitalization by about $6 billion to around $361 billion. Together, the five companies would add about $346 billion to their combined value - roughly the gross domestic product of Egypt - if they were to trade at analysts' median price targets. Alphabet - which competes with all of the other four companies in either advertising, cloud computing, or operating systems - showed that efforts to push its vast ad business toward mobile were paying off, calming fears that the company's best days were behind it. "How many other almost $100 billion revenue companies are accelerating growth rates to their strongest level in years?," Macquarie analyst Ben Schachter said in a research note. Ad revenue from its Google business, which accounts for 89 percent of total revenue, jumped 19.5 percent to $19.14 billion. Google also houses the company's Android business that competes with iOS from Apple, which sold more iPhones than analysts expected in the latest quarter. Alphabet's ad sales numbers, and the stellar ad revenue growth that Facebook reported on Wednesday, underscored the shift in ad dollars to mobile devices from television. The leading social media company's wildly popular mobile app and push into video attracted new advertisers and encouraged existing ones to spend more. SMOKIN' While Google still controls nearly a third of the roughly $187 billion global digital-ad market, Facebook's share has risen to 12 percent so far this year, from 8.6 percent in 2014, according to market research firm eMarketer. Alphabet's other businesses, including cloud, through which it competes with Microsoft and Amazon, also held their own. "Alphabet smoked Q2 expectations, including revenue upside and a further exhibition of its new passion for expense control," Pacific Crest analyst Evan Wilson said in a note. Wilson, who has an "overweight" rating on the company's stock, raised his price target to $960 from $910. Of 50 analysts covering the company, 19 raised their price targets on Alphabet's class A stock, which has a median price target of $907. Goldman Sachs was the most bullish, raising its target by $120 to $930. All but three of the brokerages covering the stock rate it "buy" or above. None has a sell. Alphabet's non-ad revenue jumped 33 percent to $2.17 billion, largely driven by cloud. While the pace of growth in Amazon's cloud business slowed, revenue jumped 58 percent to $2.9 billion. Microsoft's revenue in what it calls its "intelligent cloud" businesses, which includes the Azure cloud platform and server software, rose 7 percent to $6.7 billion. Amazon remains the undisputed leader in cloud computing, although Microsoft, under Satya Nadella, and Alphabet are both nipping at its heels. Amazon's global retail sales also beat estimates in the quarter. "The long-term growth outlook is upbeat, as Amazon slowly takes away traditional retail's last competitive advantage - instant gratification - and rides the AWS cloud secular growth theme," said Gene Munster, an analyst at Piper Jaffray. Munster, who raised his price target on Amazon by $100 to $900, has an "overweight" rating on the stock. Nineteen analysts raised their price targets on Amazon, which has a median price target of $850. Raymond James, the most bullish, raised its target by $130 to $900. Of 45 analysts covering the company, 41 rate it a "buy" or above. The other four rate it a "hold". –REUTERS