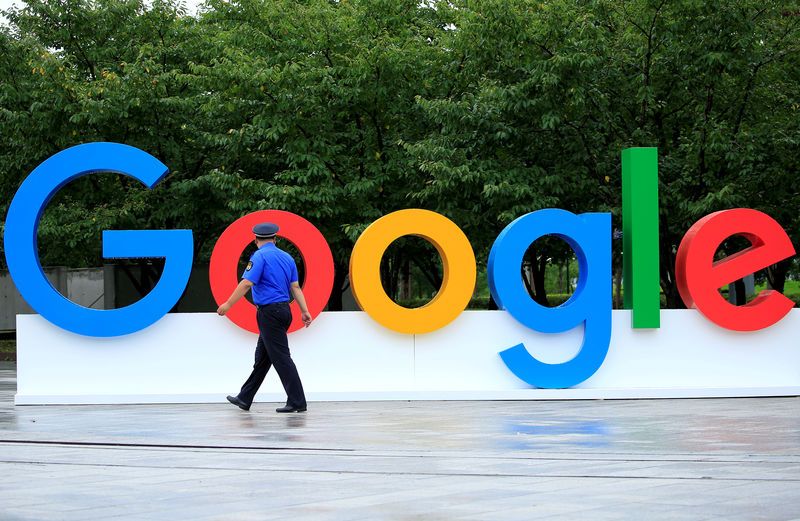 (Reuters) - Google parent Alphabet Inc (GOOGL.O) on Thursday missed analysts’ quarterly revenue estimates for the first time in at least two years and reported continuing erosion of its operating margin, sending shares down almost 7 percent after hours.
The tech company’s third-quarter results fanned investor concern that big investments in new businesses, increasing regulatory scrutiny and emerging competition are producing slow and unpredictable returns. Alphabet disclosed, for example, that passengers of its self-driving Waymo minivans are now paying for rides, but the offering remains limited to the Phoenix, Arizona region and Waymo’s finances are not broken out. Overall revenue rose 21 percent to $33.74 billion, missing analysts’ estimate by about $310 million, according to Refinitiv data. Google ad sales contributed 86 percent of revenue, but growth slowed to 20 percent from nearly 24 percent last quarter. “Google’s earnings momentum remains strong,” said Haris Anwar, senior analyst at Investing.com. “But if you dig in a little deeper, there are cost pressures which are building up and are mainly responsible for this period’s disappointment.” The company attributed much of the slower revenue growth to unfavorable currency exchange rates. Lower ad pricing to contend with antitrust concerns, new privacy rules in Europe and increased competition from Amazon.com Inc (AMZN.O) may have played a role too, financial analysts said. Non-advertising revenue, such as from sales of mobile apps and cloud computing services, also came in slightly below expectations. Those results combined with rising expenses brought down the company’s operating margin to 25 percent from 28 percent a year ago. After falling as low $1028.77, Shares of Alphabet were down about 3 percent to $1,071.01 after hours from their close at $1103.59. Alphabet reported net profit of $9.2 billion, or $13.06 per share, compared with $6.7 billion, or $9.57 per share in the year-ago quarter. That beat the average analyst estimate of $10.45. Earnings were boosted by a lower tax rate and favorable valuation of the firm’s investments in startups such as Uber Technologies Inc.
Alphabet has committed to providing cloud computing services and selling hardware over the last few years. It has also ventured into areas where commercial opportunities are nascent, including regions such as India and Nigeria and businesses such as self-driving cars.
The Waymo operation in Phoenix is in the early stages of testing pricing, Alphabet Chief Financial Officer Ruth Porat said on a conference call on Thursday, noting that some employers were sponsoring workers’ rides. Priming Alphabet’s newer ventures has been costly in terms of marketing and hiring, with about 5,300 employees added in the third quarter. Alphabet’s cost of revenue was $14.3 billion in the third quarter, up 28 percent from a year ago. Capital expenditures soared to $5.3 billion from $3.5 billion last year, with 20 data center sites in development, Porat said. Google has posted strong revenue growth for several years as retailers flock to buy product image ads on Google’s search engine and commercials on YouTube.
Ad sales surge drives Twitter revenue higher
But Google’s cost structure has been disrupted by surges in usage of its services on smartphones, where the company splits ad revenue with technology makers such as Apple Inc (AAPL.O), and smart speakers, where ads do not appear. Google has been fined $7.7 billion for antitrust violations in Europe over the last two years, and heightened attention on privacy, security, competition and the rise of artificial intelligence tools has led investors to fret about potentially costly regulatory scrutiny in the United States and elsewhere. The steady revenue growth had helped Alphabet weather an otherwise bruising last few months on the stock market for big technology and communications companies. Alphabet gained 5.8 percent this year before Thursday and traded at 24 times expected earnings over the next year. Shares of No. 2 online ad firm Facebook Inc (FB.O), which faces questions about flattening usage limiting revenue growth, had fallen 12.5 percent and were trading at 19 times future earnings.