Alphabet to deploy balloon Internet in Kenya with Telkom in 2019 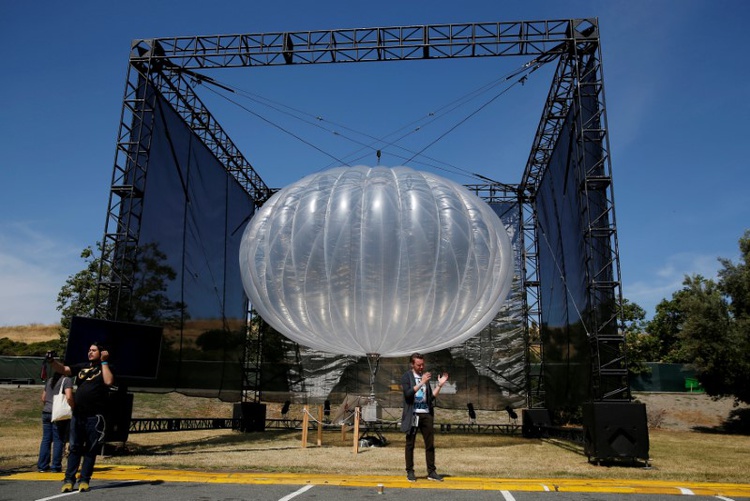 Alphabet to deploy balloon Internet in Kenya with Telkom in 2019

NAIROBI (Reuters) - Alphabet Inc’s Loon said on Thursday it would deploy its system of balloons to beam high-speed Internet access with Telkom Kenya from next year to cover rural and suburban populations, marking its first commercial deal in Africa. Known as Project Loon, the technology was developed by Alphabet’s X, the company’s innovation lab. It has since become Loon, a subsidiary of Alphabet, which is the parent company of Google. The technology was used by US telecom operators to provide connectivity to more than 250,000 people in Puerto Rico after a hurricane last year. Kenya hopes the technology can help achieve full Internet coverage of its population. “Loon’s mission is to connect people everywhere by inventing and integrating audacious technologies,” said Alastair Westgarth, the chief executive of Loon. Telkom Kenya is the third biggest operator in the country behind market leader Safaricom and Bharti Airtel’s Kenyan unit. “We will work very hard with Loon, to deliver the first commercial mobile service, as quickly as possible, using Loon’s balloon-powered Internet in Africa,” said Aldo Mareuse, the chief executive of Telkom. The terms of the deal were not disclosed. The Loon service uses balloons, which are powered by an on-board solar panel, to provide fourth generation (4G) coverage to areas with lower population densities. They float at 60,000 feet above the sea level, well above air traffic, wildlife, and weather events, Loon said. With more than 45 million people, Kenya’s major cities and towns are covered by operator networks, but vast swathes of rural Kenya are not covered. A Microsoft-backed Kenyan start-up has been using under-utilized television frequencies to connect some of those rural communities.