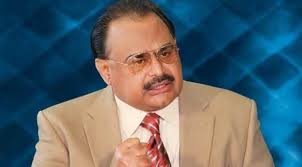 KARACHI (92 News) – Muttahida Qaumi Movement (MQM) chief Altaf Hussain on Monday once again withdrew the decision to quit the party leadership on the insistence of workers. He also expressed dissatisfaction over the performance of several parliamentarians. The MQM warned the Rabita Committee besides admonishing the workers. The MQM workers were overjoyed at the decision of their leader. Earlier addressing the party workers on phone at Nine Zero, he said that he had no courage to listen more dirty language for the Urdu-speaking people. He asked the workers to select their leader. The MQM chief said that Prime Minister Nawaz Sharif should call an all-parties conference (APC) on the Yemen issue. He said that he had tried his best to contact ANP chief Asfandyar Wali, but he could not talk to him. Criticizing PTI chief Imran Khan, Altaf Hussain said: “Imran used to say that he would not go home until the revolution and change. Imran’s container and revolution are missing since his marriage,” he said. He termed the allegations leveled by Imran Khan against him baseless. “The Captain accused me of murdering Imran Farooq and Azeem Tariq and termed me coward. He also objected to my harmony with Asif Zardari in the name of democracy. Imran should tell me that should we gather in the name of martial law instead of democracy,” he said.