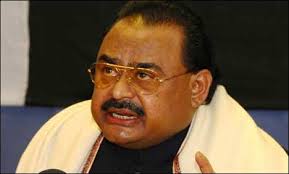 KARACHI (92 News) – Muttahida Qaumi Movement (MQM) chief Altaf Hussain has refuted allegations leveled by Saulat Mirza against him, terming them a conspiracy against the party. He said it is first time that the video of a death convict has been released a day before the execution. “Allegations cannot be leveled against him and the MQM without any proofs,” he said. The MQM chief said that it was happening under a plan. “The statement is a conspiracy to defame the MQM across the world.” He said that he was not afraid of the cases, but will make a decision to return Pakistan after consulting his legal advisor in London. “The minds of MQM workers who faced ordeals and sacrificed their lives cannot be changed through the statement of Saulat Mirza,” he said.