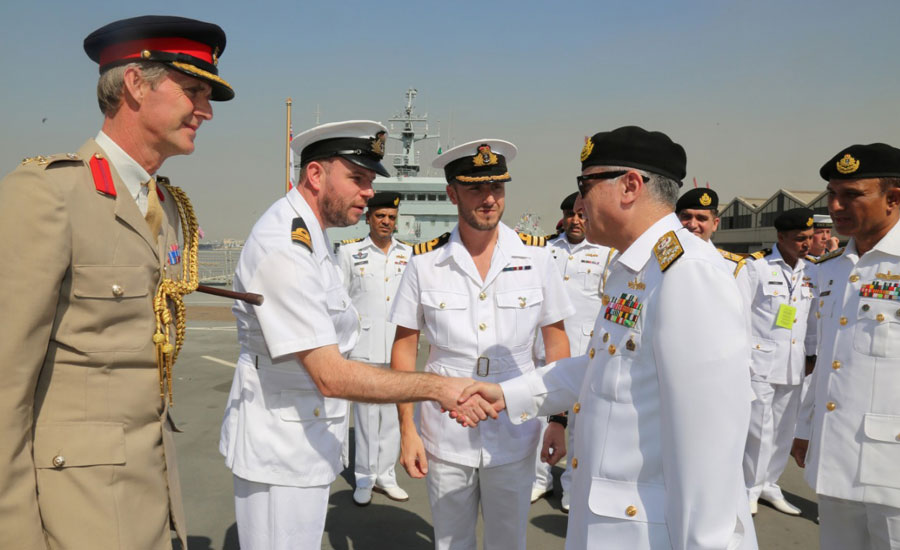 KARACHI (92 News) – Chief of Naval Staff Admiral Zafar Mahmood Abbasi on Sunday visited foreign navy ships participating in “Multinational Exercise AMAN-2019”. Upon his arrival onboard foreign visiting ships on third day of Exercise AMAN 2019, the naval chief was warmly welcomed by Senior Officers/Commanding officers of respective ships and was presented the guard of honour by smartly dressed out contingents. 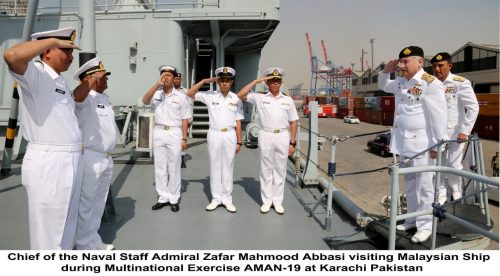 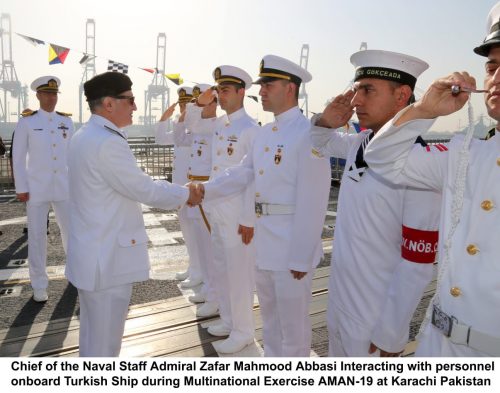 During discussions, the naval chief highlighted that Pakistan Navy has always been a forerunner in quest for collaborative security in this region of immense strategic importance and AMAN series of exercises are anchored on this concept. 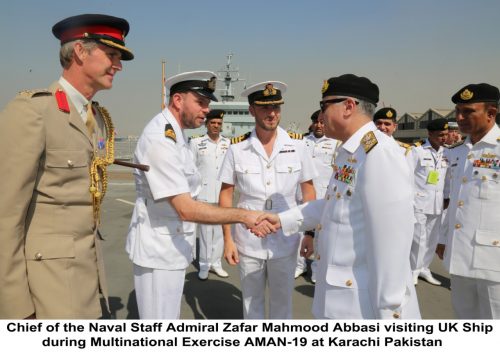 The admiral further expressed that camaraderie generated herein will grow in future and shall bring us closer to the mutual goal of regional peace and prosperity. He also appreciated their participation in AMAN Exercise to fulfill common resolve of “Together for Peace”. 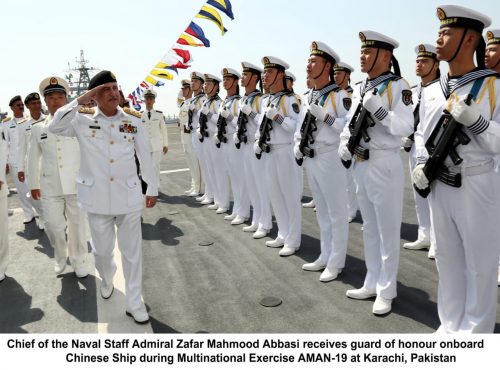 Admiral Zafar Mahmood Abbasi interacted with foreign media reps during his visit and responded to their questions.  The senior officers of the respective ships, highly acknowledged the strenuous efforts of Pakistan Navy by bringing together global navies towards shared commitment of maritime peace, stability and lawful order at sea. 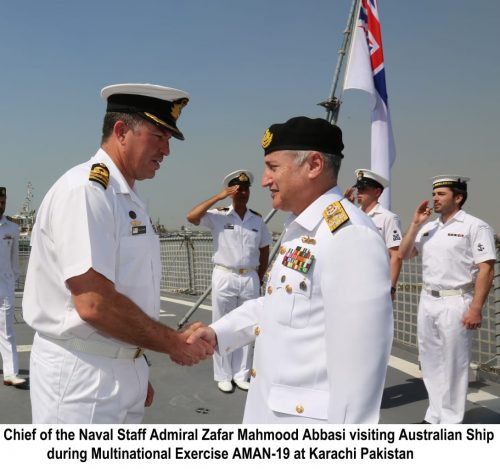 Chief of the Naval Staff had interaction with the crew of visiting ships and appreciated their professionalism and morale. 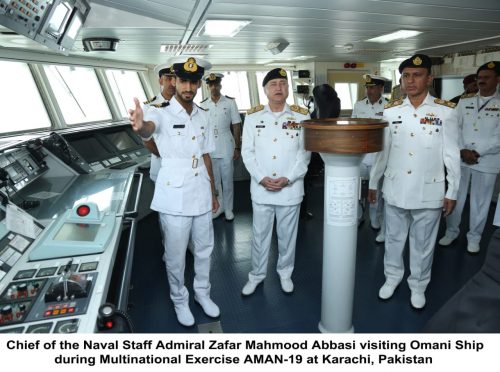 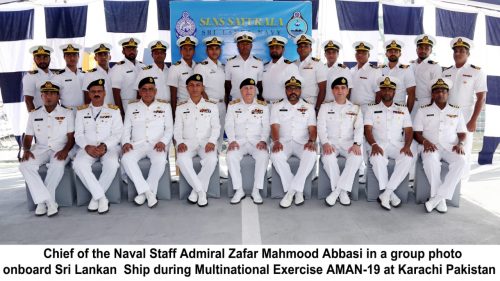 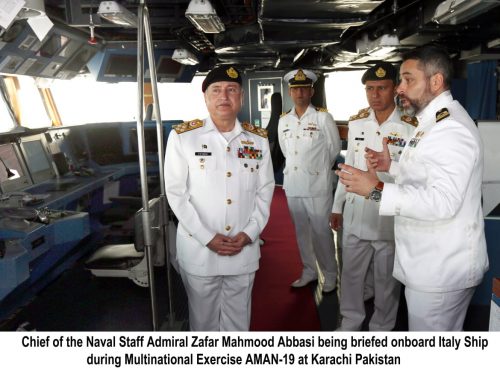 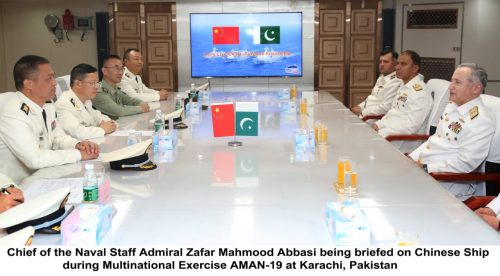