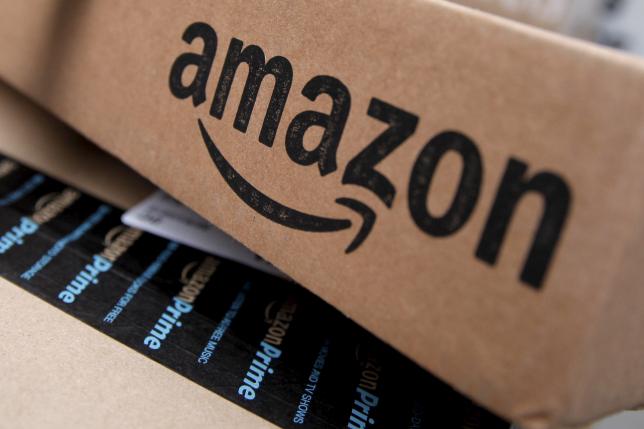 CALIFORNIA - Amazon.com Inc posted strong results across its older and newer businesses as global Web retail sales and cloud services topped Wall Street targets and the world's largest online merchant forecast revenue would outpace expectations in the current quarter as well. The Seattle-based company is riding a wave of retail sales moving to the internet, and its Netflix-like video streaming is bringing new customers to its subscription Prime service, which in turn drives customers to spend more on Amazon. The cloud unit, Amazon Web Services, is the company's fastest-growing business and is regarded by analysts as the next driver of growth for the company. "They crushed estimates," said Michael Pachter, analyst at Wedbush Securities, as shares rose 2 percent after hours, in line to open on Friday at a record high. Forbes calculated this week that Chief Executive Jeff Bezos had surpassed Warren Buffett to become the world's third-richest person. The expansion in so many areas requires substantial investment, though, and shares initially dipped after the earnings report. The company forecast relatively low operating income for the current quarter of $50 million to $650 million. It earned $857 million in the second quarter, or $1.78 per share, compared with analysts' average estimate of $1.11 per share, according to Thomson Reuters I/B/E/S. “It was the largest June quarter profit in the company’s history, but we’re back to guiding barely any profitability,” BGC Partners analyst Colin Gillis said of the September quarter guidance. Lower September-quarter income is routine for Amazon as it ramps up for the end-of-year holiday shopping season, Chief Financial Officer Brian Olsavsky said on a call with media. “We’re adding warehouses. We’re adding workers,” he said, noting 18 new fulfilment centres for the third quarter, compared with six centres in the same period of 2015. Amazon's work force expanded by 47 percent in the second quarter year-over-year, including part-time employees. Costs will also rise as Amazon doubles spending on video content in the second half of the year versus the same period a year ago, aiming to attract consumers to its Prime subscription packages, Olsavsky said. At the same time, Web Services profit margins improved due to greater efficiency, he said. The investments will likely accelerate the retailer's growth in coming quarters, Edward Jones Research analyst Josh Olson said. Amazon forecast current-quarter net sales of between $31.0 billion and $33.5 billion, factoring in sales from its Prime Day annual shopping festival. Wall Street on average had targeted $31.6 billion, according to Thomson Reuters I/B/E/S. The company's net sales in North America, its biggest market, jumped 28.1 percent to $17.67 billion. Revenue from Amazon Web Services surged 58.2 percent to $2.89 billion. This beat the average estimate of $2.83 billion, according to market research firm FactSet StreetAccount. Amazon stock rose to $766.50 in after-hours trade on Thursday compared with a close of $752.61. -Reuters