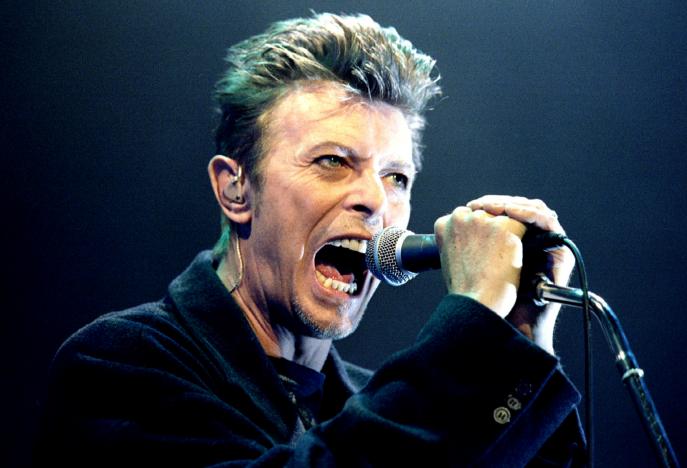 NEW YORK – The United States lost some literal and figurative pioneers in 2016 with the deaths of famed sons and daughters from John Glenn, the first American to orbit Earth, to Gwen Ifill, the first black woman to co-anchor a major U.S. television newscast.
The year also saw the deaths of stars of sports, the arts and politics, including former heavyweight boxing champion Muhammad Ali and golfing great Arnold Palmer, rock star Prince and U.S. Supreme Court Associate Justice Antonin Scalia. Glenn, a Democrat who served four terms as one of Ohio's U.S. Senators after his astronaut career, died at the age of 95 earlier this month. Like former first lady Nancy Reagan and the Pulitzer Prize-winning author of "To Kill a Mockingbird," Harper Lee, who also died this year, Glenn was part of the generation that lived through the deprivations of the Great Depression and the hardships of World War Two. "We will remember them for a long time," said writer Nick Taylor, who collaborated with Glenn on his memoir. "That generation was tested in a way that subsequent generations have not (been)," Taylor said in an interview. "They had this attitude to put one foot in front of the other to make things better." A HEAVY LOSS British rock star David Bowie died of liver cancer in his adoptive New York City home in January just days after releasing his final album. He was one of the first in a long list of musical greats to play their last in 2016. Tearful fans gathered in suburban Minneapolis after the April death of Prince at the age of 57 of an accidental, self-administered overdose of the painkiller fentanyl. The music world also bid farewell to rock and roll Hall of Famer Glenn Frey, of the 1970s group the Eagles, guitarist Paul Kantner, co-founder of the psychedelic rock band Jefferson Airplane, and singer, songwriter and poet Leonard Cohen. Country music fans were saddened by the death of Merle Haggard, the voice of the American working man whose songs included "Hungry Eyes" and "Okie from Muskogee." "It is a heavy loss," said Daniel Levitin, a professor at Canada's McGill University and an expert in music history. "These were real icons and giants and they became that way because they didn't sound like anyone else." The film and theater worlds also lost some stars this year. Comedians Gene Wilder and Garry Shandling took their final bows, as did Academy Award winning-actress Patty Duke, Florence Henderson, America's favorite TV mom from "The Brady Bunch," and Zsa Zsa Gabor, who paved the way for future celebrities like Kim Kardashian. American theater lost one of its greatest dramatists with the death of Edward Albee, the triple Pulitzer Prize winning playwright. "He redefined what our theater could talk about and how," actor Harvey Fierstein tweeted about the man who penned "Who's Afraid of Virginia Woolf" and "A Delicate Balance." The year also saw the passing of many activists, politicians and journalists. Among them were veteran CBS broadcast journalist Morley Safer, a longtime correspondent of the "60 Minutes" news show, and Ifill, a co-host of PBS "NewsHour." Anti-war activist and former California state legislator Tom Hayden, died in October, and Janet Reno, the first woman to serve as U.S. attorney general, died in November. Elie Wiesel, a survivor of the Nazi death camps who chronicled the horrors of the Holocaust in this writing, died in July at the age of 87. Wiesel, who fought to preserve the memory of millions of Holocaust victims, won the Nobel Peace Prize in 1986 for his work. The Nobel committee praised him at the time, saying, "His message is one of peace, atonement and human dignity." –Reuters